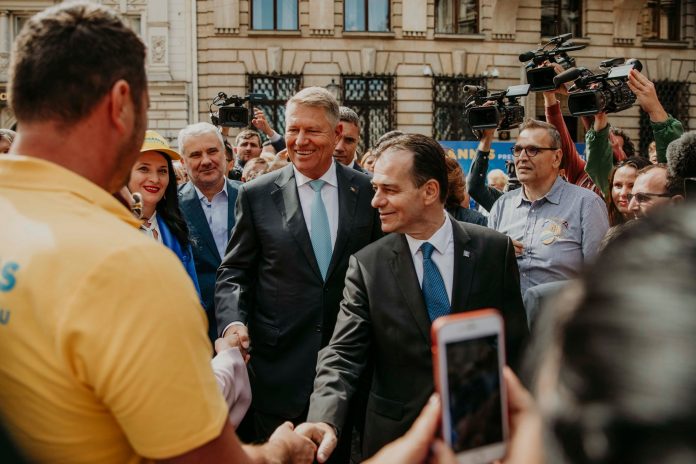 President Klaus Iohannis has nominated the head of the Liberal Party, Ludovic Orban, to head a transitional government after the Social Democrat government was overthrown in a no-confidence vote.

Orban said he was “honored” to be prime minister-designate and said “I guarantee I will put all my experience, knowledge and energy” into the job.

Orban, who will pick a team which needs to be approved by Parliament, said his priorities were “correcting economic measures which harmed the business community, massively restructuring the government apparatus…. consolidating the European path” and ensuring the independence of the justice system.”

It was not immediately clear whether Orban,  a 56-year old engineer who was transport minister from 2007 to 2008, would seek to form a coalition government.

However, he said he was looking for “competent, honest people,” of integrity to be in his Cabinet, and would speak to all the parties who supported the successful no-confidence motion.

The government of Viorica Dancila collapsed in a no-confidence vote on Oct. 10, seriously hurting her chances of making it through to an expected runoff against Iohannis in the presidential race. The government remains in place, with limited powers, until Parliament approves a new government.

Mindful of the pitfalls of getting parliamentary approval, Iohannis warned Romania was in “a political crisis.”

“Every extra day with this failed government is a lost day for Romania and a risk for Romania.”

Iohannis said the new government would need to organize presidential elections, prepare next year’s budget and conclude this year’s budget.

He said it would be a government “with a short mandate” until parliamentary_ or even early elections_ next year.

“The Social Democratic Party had three governments who badly damaged Romania, inhibited development of Romania and kept us all from moving forward,” Iohannis said.

Orban became chairman of the Liberal Party in 2017 after it was defeated in 2016 elections. Under his leadership, the party came first in May 2019 European elections.

He’s been a member of Parliament since 2008. His older brother Leonard Orban, who is currently an adviser to Iohannis, was Romania’s first EU Commissioner in 2007.