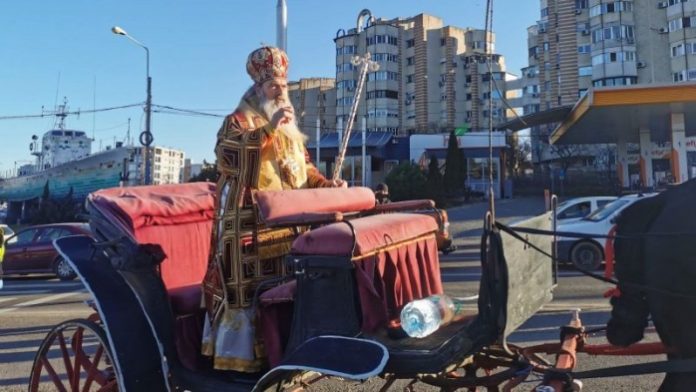 A Romanian academic agency has invalidated nine doctoral theses awarded by the theology faculty at the Ovidius University of Constanta for plagiarism, PressOne reported on Monday.

The case brings more unwanted attention to the Archbishop of Tomis, Teodosie who was recently reprimanded by Patriarch Daniel for a series of shortcomings including plagiarism.

Teodosie denied the allegations and blamed “the computer.”

The National Center for the Recognition and Equivalence of Diplomas however found that nine out of 15 doctoral theses were plagiarized, PressOne reported.

The Archbishop of Tomis is a university professor, doctoral supervisor and the director of the doctoral school within the Orthodox theology faculty at the „Ovidius” University.

Daniel slammed the headline-grabbing Teodosie whose stunts include riding a horse-drawn chariot though Constanta for insubordination and for not paying bills to the church.

Teodosie had asked the church to upgrade his diocese to an archdiocese, but Daniel said there were no grounds and the request was rooted in “personal ambition.”

Responding to the allegations of plagiarism, Teodosie pointed out that he was not personally accused of academic fraud.

He blamed „the computer” and suggested that non-Orthodox officials at the agency were “biased” against him, he said at a Friday news conference.

In a related case, the Bucharest Court of Appeal on Monday handed down suspended jail sentences to the two former heads of the Police Academy for instructing a subordinate to threaten a journalist who was investigating plagiarism at the institution.

The former dean of Romania’s Police Academy, Adrian Iacob, and the former deputy, Mihail Marcocie each received a three-year suspended prison sentence for enjoining an officer to blackmail Emilia Sercan, a journalist who had revealed corruption at the institution.