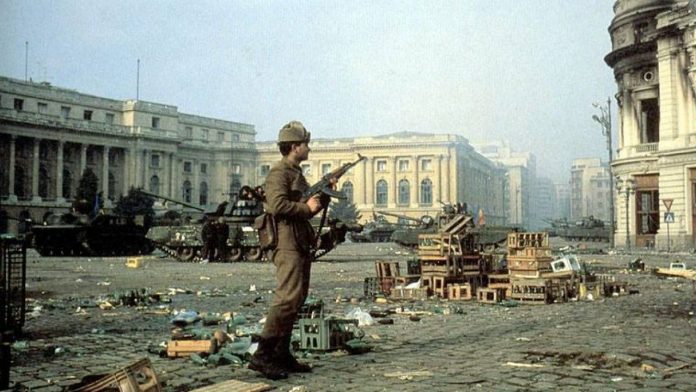 Romania’s Justice Minister Catalin Predoiu has called the country’s justice system “a failure” for not completing an investigation of what happened during the Dec. 1989 overthrow of communism where more than 1,300 people died and thousands  were injured.

More than three decades after the bloody uprising where former Communist leader Nicolae Ceausescu and his wife Elena were deposed, tried and executed, Romanians are no closer to officially knowing who opened fire on unarmed demonstrators who took to the streets to demand the end of the dictatorship.

“The fact that 30 years after the …. revolution Romanian justice still hasn’t completed the revolution trial is without doubt a failure,” the minister said in an interview with a Romanian publication.

“This failure has shattered people’s confidence in the justice system to investigate important cases with complex implications,” he added.

“There is just one solution and that’s for Romanian justice to find a quick way to finding our the truth, regardless of what that so that the law can be applied,” he told DIKE, a supplement of Bursa, an economic affairs publication, which writes about legal matters.

Many believe the failure to thoroughly investigate the events is because former President Ion Iliescu, who took control during the chaos that ensued after Ceausescu fled, is still alive.

Observers say that prosecutors are waiting for Mr. Iliescu, now 90, to die so he won’t have to account for his role in the uprising and a miners’ rampage six months later.

In a wide-ranging interview, the justice minister touched on the good and bad parts of the justice system and its vulnerabilities.

“An independent justice system is an indicator of a democratic society… and one of the values which guarantees the other essential value: freedom and human dignity,” he said.

“Vulnerabilities are mentioned in the European Union’s mechanism for Cooperation and Verification Mechanism which aims to iron out ‘functional deficiencies’ and fight corruption,” he said.

When Romania and Bulgaria joined the EU in 2007, they still had progress to make in the fields of judicial reform, corruption and other areas, so the European Commission set up the Cooperation and Verification Mechanism as a transitional measure to assist them in fixing the shortcomings.

The minister also spoke about controversial judicial overhaul initiated by the former government of Social Democrats which critics saw as a way of protecting politicians facing corruption charges. Even after the Social Democrats were dismissed, they remained the biggest party in Parliament.

The center-right Liberals are committed to fixing the most contentious parts of the overhaul which were designed to protect high-level corruption and intimidate prosecutors.

Mr. Predoiu also touched on what the legislative priorities for the future Parliament would be.

He said after Sunday’s elections, which the governing Liberal Party is expected to win, there would be a new “parliamentary majority which is in favor of justice, in favor of the rule of law, in favor of a society where the law is respected, and this majority will form around the National Liberal Party.”