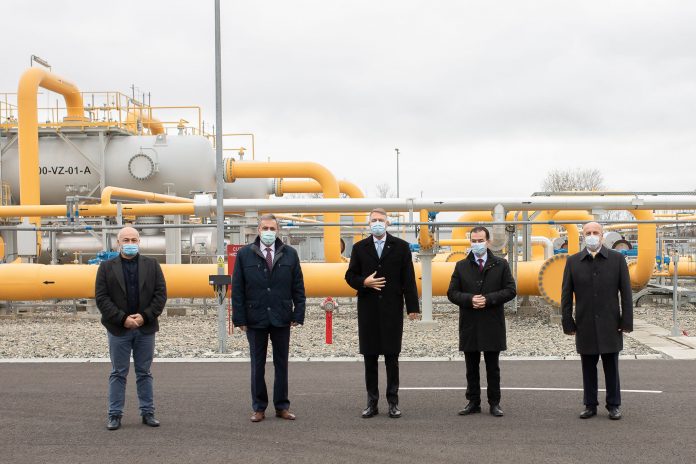 Romania is the second-largest producer of natural gas in the European Union with important gas reserves in the Black Sea and should tap into its full potential as a ‘regional energy hub,’ the president said.

“Romania has the potential to be an important regional player and an authentic hub for natural gas reserves, and this needs to be made to happen, by us being determined and responsible,” President Klaus Iohannis said during a visit to a gas compressor station in southwest Romania.

As well as a European Union-backed pipeline, Romania has offshore shallow water gas reserves in the Black Sea and Mr. Iohannis said he hoped drilling would “start as soon as possible.”

Romania main asset is Midia Gas Development Project which comprises the Ana and Doina gas fields and is 120 kilometers offshore. In September, Black Sea Oil &Gas began to lay pipelines that will carry gas to shore and cover 10% of domestic needs.

“These are Romania’s real assets to allow it be an important regional player on the natural gas market,” the president said during a visit to a gas compressor station in Jura in Caransebes county over the weekend with Prime Minister Ludovic Orban and other officials.

Last week, Romania said it had completed the first phase of an ambitious  gas pipeline project that connects Bulgaria, Romania, Hungary, and Austria.

The so-called BRUA pipeline will be able to transport some 200,000 cubic meters an hour and deliver an annual 1.75 billion cubic meters to neighboring Hungary.

The president said ongoing investment in the energy infrastructure brought “immense potential for regional development and raises living standards in communities along the transport corridor as the natural gas networks are expanded.

“Let’s not forget that while Romania is the second-largest gas producer in the EU, half the homes in Romania use firewood for heating, using outdated and inefficient systems which are harmful to health and pollute the environment.”

The Netherlands produces the most natural gas in the EU