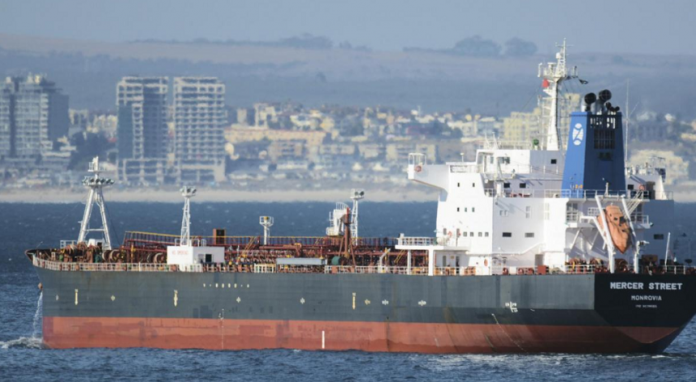 Romania on Monday joined Israel, the U.S and the UK in blaming Iran for a deadly attack on a ship that killed one of its citizens and a British national.

„There is no justification whatsoever for deliberately attacking civilians,”  Romanian Foreign Minister Bogdan Aurescu said after a Romanian crew member was killed in the strike on Israeli-linked vessel

“ We continue to coordinate with our partners for an appropriate response,” he tweeted.

The Iranian ambassador was summoned to the foreign ministry in Bucharest, the ministry said.

Britain and the U.S. on Sunday accused Iran of being behind a fatal drone strike on an oil tanker off the coast of Oman in the Arabian Sea on July 29.

The statements came after Israel blamed Iran for the attack. Tehran has denied being involved in the assault on the oil tanker Mercer Street.

British Foreign Secretary Domimic Raab called it an “unlawful and callous attack,” and said the UK and its  allies planned a coordinated response over the strike.

He said it  was “highly likely” Iran attacked the tanker with one or more drones.

Based on t/available info, Romania🇷🇴 strongly condemns t/Iranian drone attack against “Mercer Street”, during which a RO citizen was killed.There is no justification whatsoever 4 deliberately attacking civilians. We continue 2 coordinate w/our partners 4 an appropriate response

U.S. Secretary of State Antony Blinken  said there was “no justification for this attack, which follows a pattern of attacks and other belligerent behavior.”

The strike on the Mercer Street marked the first-known fatal attack after years of assaults on commercial shipping in the region linked to tensions with Iran amid the unraveling of Tehran’s nuclear deal with world powers.

Israeli Foreign Minister Naftali Bennett has offered condolences to Britain and Romania over the killing of their citizens. He asserted Israeli intelligence had evidence linking Iran to the attack.