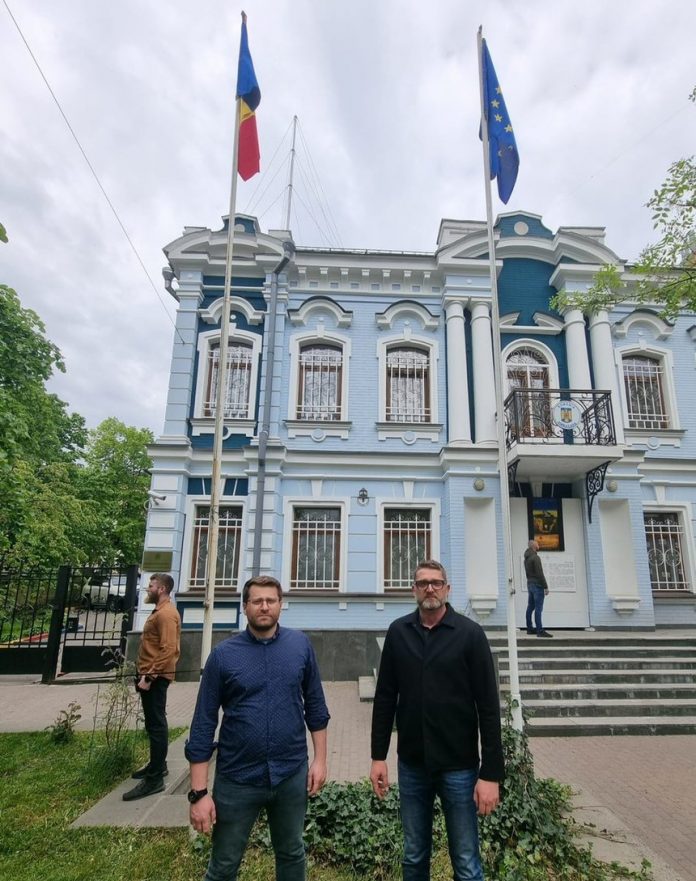 Romania’s Foreign Minister Bogdan Aurescu on Saturday announced that the Romanian Embassy in Kyiv had reopened more than two months after it was closed after Russia invaded Ukraine.

„Very glad to announce that starting today the Romanian Embassy in Kyiv has resumed its activity on the ground. Romania stands fully with its partner Ukraine in its bold fight for freedom!” wrote Bogdan Aurescu on Twitter on Saturday.

Romania shut its embassy on the third day of the war along with other countries and repatriated the staff to Bucharest.

Very glad to announce that starting today the Romanian🇷🇴 Embassy in #Kyiv has resumed its activity on the ground.
Romania fully stands with its partner Ukraine🇺🇦 in its bold fight for #freedom! @DmytroKuleba pic.twitter.com/lWQ3Cjqb1O

Many countries are now sending their diplomats back a vote of confidence that the worst of Russia’s assault against the Ukrainian city may be over—for now at least.

Diplomatic personnel continued to work in Bucharest when the embassy was shut.

Romania’s consulate general in Chernivtsi and the  consulate in Solotvino have continued their work on the ground during the invasion.

At least 17 countries have sent their diplomats back to Kyiv, mostly European Union and NATO members that are supporting Ukraine in fighting off the Russian invasion.

The return of foreign diplomats makes clear that there is a return to some semblance of safety in the Ukrainian capital after more than two months of Russian bombardment that saw Moscow’s forces come within 15 miles of the city’s center.