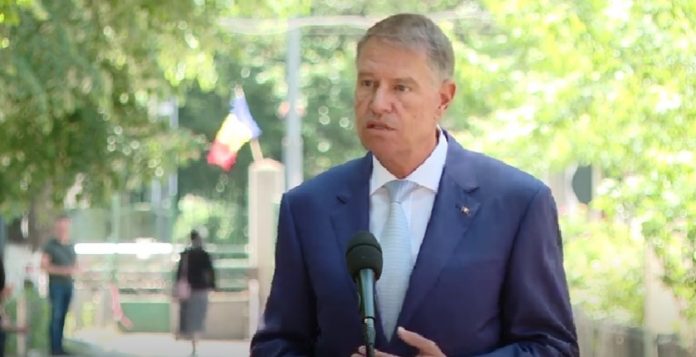 Russian President Vladimir Putin is to blame for the current economic crisis, which has seen inflation soar to double digits since Russia launched its invasion of Ukraine, Romania’s president says.

Asked about Romania’s record inflation rate of close to 14% announced this week, President Klaus Iohannis said that it was not a result of the government’s  poor economic policies.

“Inflation, the difficult economic situation, energy prices did not arise because someone in Romania worked poorly or did not do their job”, he said on Thursday.

„All this has only one cause – and this cause is Putin’s war against Ukraine,” the president said. He said high inflation was a global problem.

„I have every confidence that the (Romanian) government has taken and will continue to take the necessary measures,” he added.

“The government, Parliament, politicians – in general – are doing their job… and it isn’t a case where…. the political class should be blamed. The culprit is Putin who started this war against Ukraine.”

Annual inflation rate soared to 13.76% year-on-year in April, compared to the previous year, according to the National Statistics Institute. It was the highest rate since Februray 2004.

Potatoes are 40% more expensive than they were a year ago, and natural gas which many Romanians use for heating and cooking was 85% more expensive, fueling other price hikes.