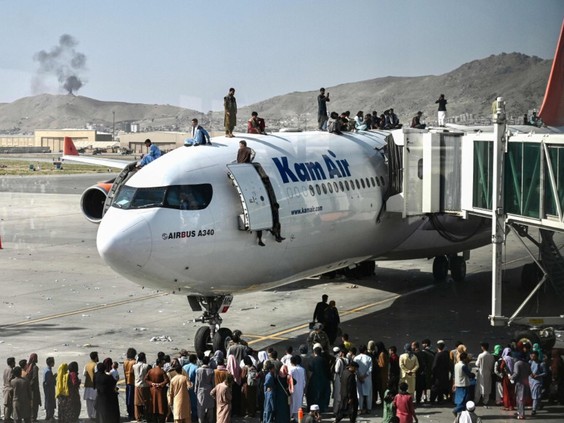 Romania’s President Klaus Iohannis on Monday said he will send the country’s Air Force to repatriate Romanian citizens who are stuck in Afghanistan.

The president said he had made the decision “taking into account the deterioration of the security situation there and the necessity of supporting the repatriation of Romanian citizens.”

He said the initiative had come from Prime Minister Florin Citu. The foreign ministry called a crisis meeting earlier to assess the situation.

The prime minister earlier said there were 35 Romanian citizens currently in Afghanistan. He said the government was making efforts to repatriate them.

The Taliban have seized power in Afghanistan two weeks before the U.S. was set to complete its troop withdrawal after a two-decade war.

The insurgents captured all major cities in a matter of days, as Afghan security forces trained and equipped by the U.S. and its allies melted away.

The president said Romania was continuing consultation and political coordination with European Union partners, NATO allies and the U.S. “to assess the developments and their effects.”

„The foreign ministry raised the alert to maximum, leave Afghanistan immediately….. I proposed for an airplane to bring them home, wither one of ours or a NATO plane. We have to send a plane quickly.”

He said the Romanians currently in Afghanistan work for the UN or in the private sector. Twenty-five have already left the country.

Romania sent 405 troops to Afghanistan in 2002, and had about 600 troops stationed in Afghanistan before the pullout in June.

It has deployed 32,000 men and women there during its 19-year-long mission in Afghanistan.

The mission ended in June 2020 following the US decision to withdraw from the war-stricken country.

Twenty-seven soldiers were killed there under the NATO umbrella in the US-led mission to fight the Taliban campaign.