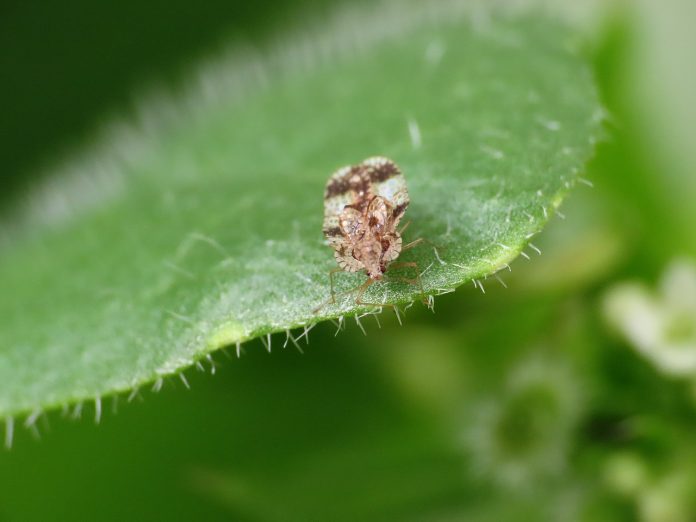 A biologist says an invasive species of insects is proliferating in Romania where it has no natural enemies.

The so-called lace bugs are aggressive despite their tiny size (about 2mm) and immune to insecticides, Adrian Ruicănescu, a researcher at the Institute of Biological Research in Cluj told Adevarul.ro.

“On very hot days, these insects are very active. They spread out on  trees, and if we are dressed in light colors, we attract them and they can bite us. I keep getting the question of what can be done. NOTHING,” the biologist wrote.

Lace bugs get their name from their wings which have a delicate appearance.

They were accidentally brought to Europe from North America, their natural habitat and have proliferated in Romania where they have no natural enemies, the researcher said.

They have also been reported in Italy and France.

Chemicals in insecticides used to eradicate them are generally not effective, he told the publication.

„There is already hysteria about the lace bugs….. They are small insects, belonging to the Hemiptera,” he explained.

“In general, nature regulates things, but at its own pace. If we intervene, with chemicals, all we do is frustrate the appearance or adaptation of some native species, which would treat these bugs as a food source „, Ruicănescu wrote on Facebook.

Lace bugs generally live and feed on the underside of leaves. They have thin lacy outgrowths on their thorax, and have delicate lace-like forewings.

There are at least 17 species of lace bugs cause damage to ornamental trees and shrubs. Most feed on the undersides of leaves by piercing the epidermis and sucking the sap.

There are about 2,000 of the described species worldwide.