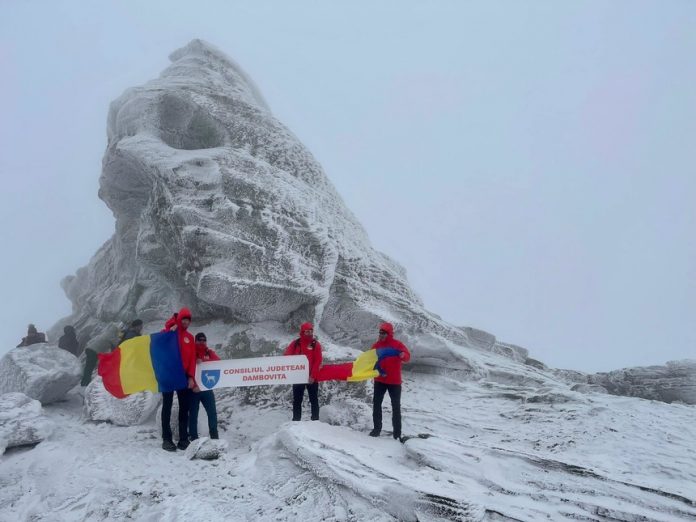 A Romanian court has made a final ruling on which county can legitimately claim ownership of two spectacular rock formations which are a favorite destination for tourists and climbers, ending a seven-year legal battle.

The Pitesti Appeal court ruled the Sphinx and the Old Ladies rocks in the southern Carpathians are in Dambovita and not in  Prahova county. The Sept. 28 ruling is final.

”Victory for Dâmboviţa! After a court case that went on for years and years, I’m pleased to announce that the Sphinx and the Old Ladies belong to  Dâmboviţa county! The two monuments lie above  Moroeni… and there’s no room for interpretation,” said county council chief Corneliu Ştefan.

But the mayor of the mountain resort of Busteni, which is in Prahova county, rejected the verdict.

Buşteni continues to be the owner of these two natural monuments…. any violation of the right of public property over them will be harshly sanctioned with all necessary legal means,” the mayor, Mircea Corbu, said.

The dispute arose as the rock formations lie at an altitude of more than 2,200 meters and are not near any village or town and are on the border of both counties. Most visitors reach them from Busteni, a popular tourist resort in the southern Carpathians.

Wind and rains have transformed the rocks which are on the Bucegi Plateau  into distinctive shapes over the centuries.

Thousands visit them every year. They are believed to be a on a Dacian holy mountain Kogainon where the god Zalmoxis lived in a cave.

The prestige and historical significance of the rocks led to a legal dispute which began in 2015 about their geographical location.

The Sphinx, in Romanian Sfinxul, is a natural rock formation in the Bucegi Natural Park in the southern Carpathians. It is located at an altitude of 2,216 meters, and part of the Babele or Old Ladies complex of rock formations.

The first photo of the Great Bucegi Sphinx was taken in about the year 1900.  TheSphinx features in the 1967 film The Dacians in which it is a place of sacrifice to the god Zalmoxis.

It also has a role in the 1980 film Burebista, in which it is equated with the eponymous ancient Dacian king who is closely connected to the Romanian identity.

Babele or Old Ladies is a popular tourist destination. The name comes from some mushroom shaped rock formations.