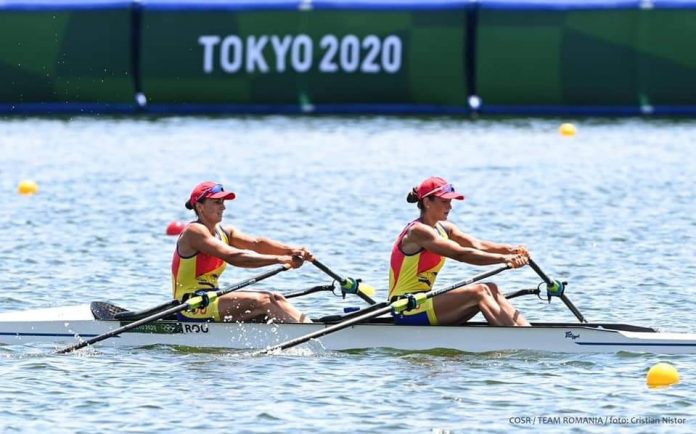 Romania’s Ancuta Bodnar and Simona Radis powered their way to the first rowing gold medal of the Tokyo Olympics on Wednesday as the pair captured the women’s double sculls crown.

They finished in six minutes 41.03 seconds, more than three seconds ahead of New Zealand’s Brooke Donoghue and Hannah Osborne, who took silver in 6:44.82.

Roos de Jong and Lisa Scheenaard of the Netherlands captured bronze with a time of 6:45.73.

The rowing medal events had been delayed for a day because of bad weather forecasts amid a tropical storm. Once back on the water, the Romanian pair,  who are both 22, went into the lead from the start. They dominated the race, never letting up.

Their sprint to victory left the only fight for the silver medal.

Romania has a strong tradition of rowing. The team were Olympic gold medallsts in 1996, 2000 and 2004. The Romanian women’s eight took bronze at Rio 2016 behind the U.S. and Great Britain.

In other Olympic news Wednesday,  star swimmer David Popovici advanced to the 100m freestyle finals after a nail-biting semifinals.

The 16-year-old was in 7th place after the first length. However, he picked up speed and  managed to storm to 4th place. The 100m finals are on Thursday.

The teen wowed after just failing to win a medal in the 200m freestyle finals.

The Bucharest native who was 0.02 seconds away from a medal joked that he should have let his nails grow to clinch the bronze won by Brazil’s Fernando Scheffer.

He holds world junior records in the 100 m and the 200 m freestyle events.