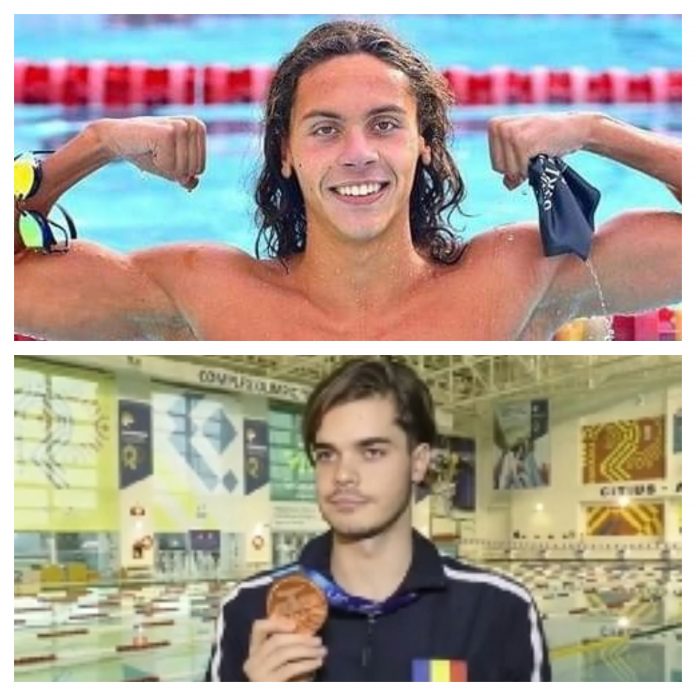 All eyes in the swimming world are on Romanian teenager David Popovici who took fourth place on Tuesday in the men’s 200 meter freestyle.

It was one of the most anticipated races of the Olympics with the entire field of eight capable of taking home the gold, SwimSwam reported.

Tom Dean, who missed weeks of training after contracting Covid-19 twice, took gold in a new British record of 1:44.22. Another Briton Duncan Scott posted a huge personal best of 1:44.26 to win the silver. Brazil’s Fernando Scheffer claimed the bronze in 1:44.66.

“I don’t consider I lost a medal, I won fourth place,” he said after the race, joking: „If I’d let my nails grow a bit, I could have won third place.”

The teen downed his own European Junior Record for his effort and created a new Romanian record. Tuesday’s final was his sub-1:45 performance ever.

The Bucharest native is already the World Junior Record holder in the 100 meter freestyle (47.56), making him the fastest 18-Under swimmer in history at just the age of 16.

“For me these are the  swimming beasts I am competing against. I won the right to be among them, to be one of the beasts,” he said.

Romanian swimmer Robert Glinta, who won a silver medal in the men’s 50 meter backstroke race in the European Championship in May said: ”He’s not just a phenomenon of Romanian swimming, but of swimming at a world level.”

David Popovici’s  personal best before the competition was 1:45.26. He posted that time in the semi-finals of the men’s 200 meter free at this year’s European Championships.

He is also competing in the 100 meter freestyle individual event here. He will also be taking on the 50 meter free race toward the end of the meet.

Romania’s Alina Potec won an Olympic gold medal for the 200 meter freestyle at the 2004 Olympics. Răzvan Florea won the bronze medal in the 200 backstroke at the same games.

Tens of thousands of bargain Christmas trees on sale in Romania