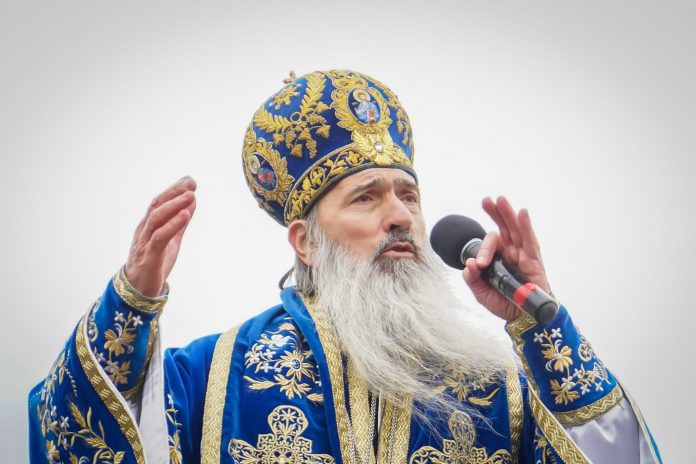 Romanian police have allowed a senior Romanian cleric, an outspoken critic of Covid-19 restrictions who has downplayed the pandemic, to hold a large church service on New Year’s Eve to to celebrate the new year.

The Black Sea port of Constanta was put under lockdown several weeks ago due to rising coronavirus cases but the archbishop has continued to hold services.

The restrictions mean nobody is allowed on the streets after 11pm without a valid reason such as a medical emergency, restaurants and schools are closed, and large gatherings are banned.

However, the archbishop who has constantly defied restrictions related to the virus_ even celebrating Easter a month late _ held a service at the Saint Peter and Paul Cathedral on Thursday to welcome the new year after the 11pm curfew.

Police said they informed people who attended the service about the current legislation, such as compulsory masks and the curfew but didn’t hand out fines.

“Our goal is not to apply sanctions, but is for people to be aware of the risks they are exposed to if they don’t respect norms.

On Friday the Black Sea Constanta region reported 144 cases. However, testing was much lower over the new year and cases are underreported.

However, police said they wanted people to be aware of the risks, rather than simply fining them.

“Police drew people’s attention to the matter and….reminded them about the need to behave responsibly.”

The service took place at the cathedral on Dec. 31 and lasted for two hours, ending at about 1am on Jan. 1.

Constanta ended a lockdown on Friday evening after cases fell.