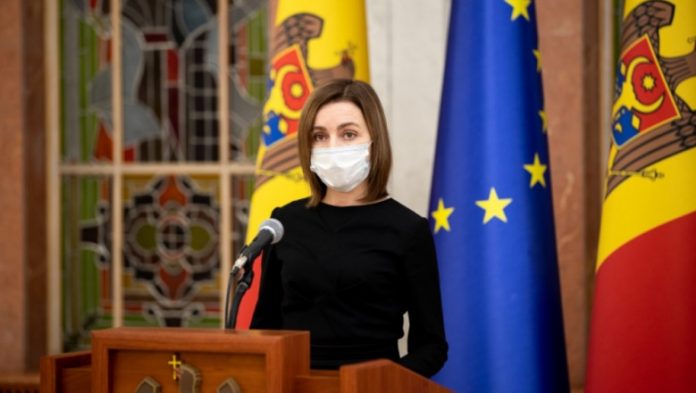 Romania’s president on Monday congratulated neighboring Moldova on the outcome of parliamentary elections saying it gave the green light to reforms and closer integration into the European Union.

President Klaus Iohannis praised Moldovans for their ” civic spirit and clear option for reforms, the rule of law and European integration” .

“Romania will be at Moldova’s side supporting reforms and its European journey”  he wrote on Twitter.

Moldova was part of Romania until 1940 when it was annexed to the Soviet Union under the terms of a Nazi-Soviet pact. It declared independence in 1991 in the aftermath of the breakup of the Soviet Union.

With almost all of the votes counted, the pro-European Action and Solidarity Party (PAS) came first with 52.60 % of the votes. That translates into 63 seats of the 101 seats and a comfortable majority.

The pro-Russian Bloc of Communists and Socialists, BeCS polled 27.32 % of the votes, meaning 32 seats. The Ilan Shor Party won 5.77 % to take the remaining six seats.

The election commission said more than 48 percent of eligible voters cast ballots. Some 3.2 million people, including a sizeable diaspora abroad, were eligible to vote.