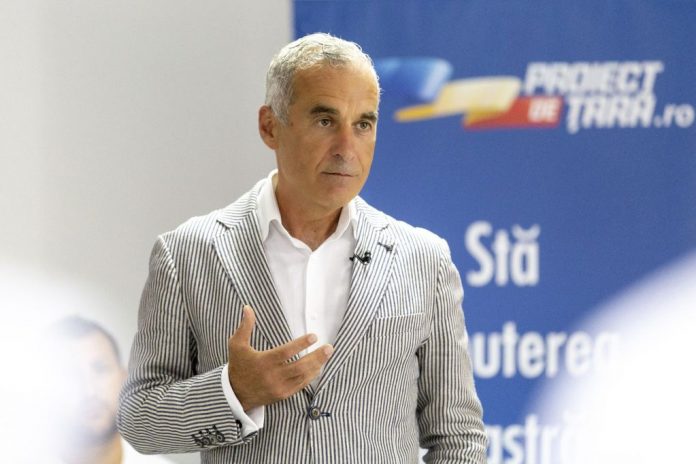 Romanian prosecutors have opened an inquiry into remarks made by a politician after he called war criminal Marshal Ion Antonescu and another fascist leader “martyrs”.

Călin Georgescu, the honorary chairman of the nationalist Alliance for the Union of  Romanians (AUR), defended pro-Hitler leader Antonescu and another fascist leader in a  television broadcast last week.

It is illegal to publicly praise war criminals or speak favorably about fascism in Romania.

”History was mystified,” about the two pro-fascist leaders he said on Jan. 31. He said it was the job of historians to set the record straight .

But the General Prosecutor’s Office  said Tuesday it was investigating the case to see Mr. Georgescu had broken the law.

Romania passed a law in 2002 making it illegal to publicly promote  “fascist ideas, concepts or doctrine” with prison sentence up to three years.

Mr. Georgescu, an agronomist, is known for his pro-Russian views, tried to justify himself during the broadcast.

“I can’t say anything against martyrs, but I can say that  they are part of our history and they remain part of our national history,” he said.

An ally of Hitler, Marshal  Antonescu is considered responsible for the deaths and deportations of thousands of Jews and Roma. He was executed as a war criminal in 1946 at the end of World War II.

The anti-establishment Alliance for the Unity of Romanians took fourth place is 2020 parliamentary elections, is now second place in opinion polls.

Mr Georgescu also said he considered Corneliu Zelea Codreanu who led an ultranationalist and violently anti-Semitic organization, the Legion of the Archangel Gabriel in the interwar period a “martyr’.

The Legion carried out political assassinations including the killing of  Prime Minister Ion G.  Duca.

Codreanu was killed allegedly trying to escape prison which gave him almost mythical status among some young Romanians at the time.

AUR is associated with anti-mask and anti-vaccine protests.