The modernization of a 128-kilometer stretch of railway is one of the most important infrastructure contracts of the last decade.

The European Union has allocated 1.1 billion euros for the rehabilitation of the railway section. The line connects Brașov to Sighișoara in the northwest Transylvania region.

Romania contributed 140 million euros to the project from the state budget.

Anti-corruption prosecutors say they are investigating allegations that 55 million euros was promised or paid to public officials, impact.ro reported.

Prosecutors said there is evidence that the winner of the 1.24 billion euro contract involved some of the biggest bribes ever in public procurement.

The National Anti-corruption Directorate said that individuals who recommended themselves as intermediaries demanded ‘commissions’ of at least 5% of the European funds. That would amount to 55 million euros.

Impact.ro reported  there are suspicions that the money intermediaries requested was for transport ministry officials and representatives of the state railway company.

It quoted sources from the investigation and from someone who gave evidence.

State railway company CFR SA and the transport ministry signed contracts of 1.245 billion euros to rehabilitate the railway line in 2020. The contract was with RailWorks, an association between Greek company Aktor, Alstom, Arcada Company and Euroconstruct Trading ’98.

Constantin Axinia, who was the general manager of CFR Infrastructure has been questioned by prosecutors.

He allegedly said that then Transport Minister Răzvan Cuc put pressure on him to sign the contract with RailWorks.

He did not provide any information about alleged corruption. The former minister has also been questioned. 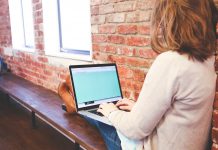 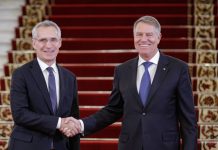