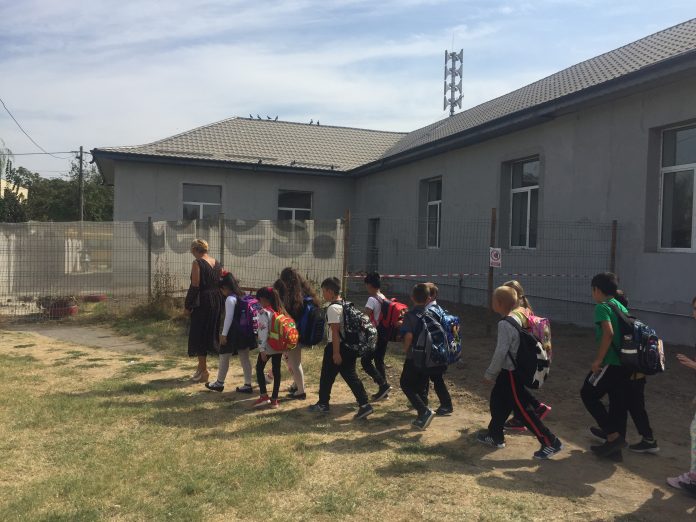 The storks have left their nests in southern Romania, heading to Africa for warmer climes, while the children are back at school this week in this village of 2,700 close to the River Danube.

If the youngsters look more excited than usual, it’s not because of Romanian language lessons or volleyball games to look forward to, but because in two months their school will be completely renovated, complete with indoor toilets.

Like many other schools in Romania’s rural areas, the kindergarten and the middle school in Pietrosani pupils and teachers have been using outdoor toilets since it was first built in 1890.

The school is just one of 43 in Teleorman county that has outdoor lavatories although authorities are pumping in money to upgrade the facilities, Mediafax news agency reported. Surprisingly there are three schools in the town of Videle without flushing toilets, the news agency said.

According to former Education Minister Ecaterina Andronescu Romania has a total of 2,355 schools with non-flushing outdoor toilets with no mains sewage.

Romania has about 7,500 schools according to former Education Minister Daniel Funeriu half of which are in rural areas.  Of those, one-tenth has less than 150 students while 3,700 schools have more than 300 pupils like the schools in Pietrosani.

Funeriu says the situation is distorted. “the school infrastructure is a typical Janus-faced situation: some are world-standard, some are middle age. Of course, the political opposition exaggerates how bad the situation is whereas those in power make it look better than it is.”

He said in 2011 when he was minister, about 9% of Romanian children were schooled in buildings that were not appropriate for personal hygiene.

Eurostat statistics show Romania tops the list of homes in the European Union without indoor flushing lavatories, with almost 30 percent not having this facility at the end of 2017. Bulgaria saw 16.7 percent of residents without inside toilets, while Lithuania came in third highest at 12.2 percent followed by Latvia 10.9 percent.

The Eurostat figures are embarrassing for Romania which currently invests millions of euros in school internet connections, but students and teachers are using outdoor loos.

Last year, Romania signed a contract worth 45 million euros to equip 4,500 middle schools with internet and to upgrade internet infrastructure at 2,000 education facilities as part of the National Integrated Platform- Wieless Campus,” project.

School secretary Iliana Iordache who’s been working at Pietrosani middle school since 1991, says the school has had a computer lab for the best part of a decade. If the technology is in the 21stcentury, the WCs belong to the past.

“It is an anomaly but that’s the way it is, and people have got used to it,” shrugs Iordache who’s had an inside toilet at her home in the village since the 1990s.

She’s among the fortunate ones. Mayor Stefan Misirgic, a member of the ruling Social Democratic Party says 75 percent of village residents use outside toilets. He applied for EU funds that would have upgraded the water system but said the 2017 initiative was blocked by local councillors he calls “bastards” (nemernici) from rival parties.

And while the village is poor, the mayor says just 150 villagers receive social welfare, due to rules that require recipients to take jobs offered to them or risk having the state aid suspended.

Some families have gone abroad in search of better-paid work and others commute daily to Bucharest 100 kilometres to work in supermarkets and a factory, or to the county town of Alexandria, a reflection of the labour shortage in the cities.

The area is developing slowly. Authorities are pumping money into renovating schools under the National Development Program to “modernise the Romanian village.” The school renovation project will cost 3.9 million lei, most of it from government funds, while the local kindergarten is being modernised at a cost of about half a million lei.

School secretary Iordache says the school no longer sees cases of malnutrition and Rroma pupils_ about 30 percent of the school’s intake _ have integrated more in recent years.  Truancy remains a problem, however, and two Rroma girls at the school gave birth last year and had to drop out.

“Thirty years ago, we used ceramic stoves for heating, and we didn’t have running water and used a well,” in the school yard, she recalls.

The school recently scrapped uniform as it was too expensive for some parents. Students have a free school bus, and free textbooks, pens, a school bag and a daily snack of yoghurt and a roll or biscuits and milk.

Reli Benu, who keeps cows and sells their milk to a multinational company, has an eight-year-old son Alex at the school. She’s pleased about the renovation work. “Outside WCs are not so good,” she said, as she picked up her son from school.

Located close to the Danube, in the south-eastern corner of Teleorman, villagers are farmers, growing wheat and corn and livestock or selling construction materials. The village which can trace its roots to the 16th century was first declared a commune in 1861. A World War I monument was built in 1924 to honour the fallen soldiers.

A typical southern Romanian village with small one-storied houses, the most exotic sight is a store on the main road selling building materials, which locals call “the castle.” It almost looks like it was dreamed up by Spanish architect Antoni Gaudi.

Along the road, the school, on a dirt track road, resembles a building site. Thirty 2ndgraders are studying in the old wing of the building, getting to grips with Romanian grammar, I ask the children if they play truant. “Never,’’ they yell. I’m not totally convinced. Are you looking forward to your new toilets? “Yeeessss,” they shout with genuine excitement.

“It’s very hard for the little children with an outside toilet,” said Misirgic, a former sailor who says he prefers paperwork to the open seas, surveying the village’s kindergarten which has been gutted and is being completely modernized. “But we hope when the first snowflakes fall, the children can use the new inside lavatories.”

Iordache has another view: “The school’s material situation is much better now, and there’s no lack of anything, except for an appetite for learning.” 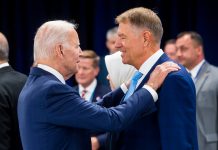 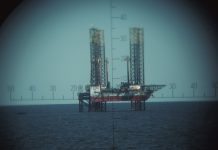 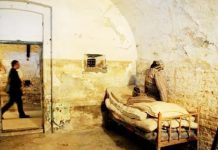