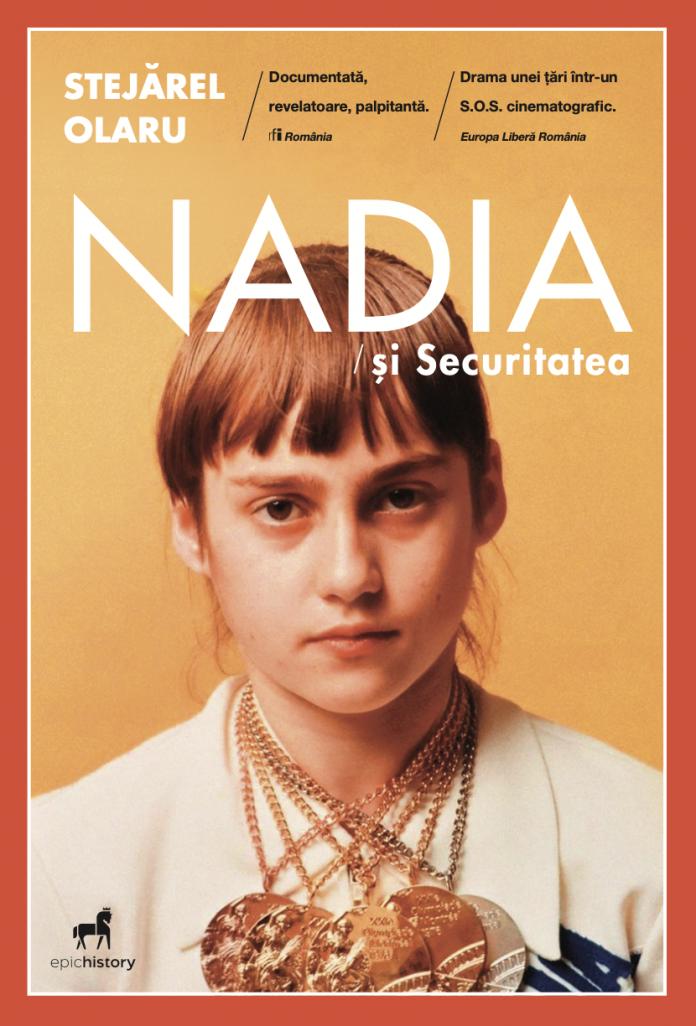 Romania’s Nadia Comaneci became the first gymnast to score the perfect 10 at the 1976 Montreal Olympic games.

She went on to score more perfect 10s and more Olympic gold medals in the 1980 Moscow Olympics.

However, by the mid-1980s and back in Romania, her career began to wind down. She found herself a target of the Securitate secret police of Communist dictator Nicolae Ceausescu, particularly after her coach Bela Karolyi defected to the West.

Dozens of informants kept tabs on her including her coaches and Romania and U.S choreographer Geza Pozsar who went on to work with and U.S. gymnasts Mary Lou Retton and Sharon Millen after he also defected,  a new book alleges.

The files contain reports that she and other gymnasts were beaten and called names by their coaches.

In her own memoirs, Nadia Comaneci she says she began to feel like “a prisoner” in 1980s Romania. She finally defected less than a month before Nicolae and wife Elena Ceausescu were ousted and executed.

News of her escape produced almost as many headlines as her perfect 10 on the uneven bars.

Historian Stejarel Olaru has made the first attempt to shed light on the golden gymnast’s life in Romania in a new 400-page book called “Nadia and the Securitate.”

The book is based on his research of the Securitate files. The shadowy network spied on Romanians using a network of informants which infiltrated every corner of Romanians’ lives.

Stejarel Olaru told Adevarul Live what he learned from the files.

He said there was a special department in the Securitate’s First Directorate dedicated to domestic espionage in sports, health, justice and education.

The department was run by an officer called Marian Ureche who assigned officers to keep tabs on sports clubs and individuals.

Officers recruited informants in those places to spy on their targets and report what was happening, particularly on any dissent.

There were 90 informants reporting on Nadia Comaneci, he said.

But most spying was done by three people.

He identified them as ‘Maria Simionescu, an extremely well-known figure in the world of gymnastics, who is no longer with us, Geza Pozsar, a Romanian and U.S. choreographer who now lives in the U.S. and Anastasia Albu, a coach who died in the early 90’s in a tragic accident,” he said.

He gleaned most information from the Securitate’s ‘Sports File’ a document containing 36 volumes.

„There is no separate Nadia file, maybe the relationship that Nadia had with Nicu Ceausescu (Ceausescu’s son) also mattered a lot,” he said, adding: „The name Ceausescu could not appear in a Securitate file.”

It has been alleged that she was romantically involved with Nicu Ceasescu although she has never publicly commented.

The book also claims that she and other gymnasts were beaten and called names by coaches including Bela Karolyi, information he found in the files.

In her memoirs the gymnast doesn’t go into detail. But she writes  “Life took on a new bleakness. I was cut off from making the small amount of extra money that had really made a difference in my family’s life. It was also insulting that a normal person in Romania had the chance to travel, whereas I could not…. when my gymnastics career was over.”

“There was no longer any need to keep me happy…… If Bela Karolyi hadn’t defected, I would still have been watched, but his defection brought a spotlight on my life, and it was blinding. I started to feel like a prisoner.

One night in late November 1989, she defected with a group of other Romanians, escaping over the border to Hungary on foot and on to Austria.

Thirteen years earlier, the 14-year-old was awarded a score of 10 for her routine in the uneven bars event.

Because the scoreboard only allowed three digits, it had to display her score as 1.00 This led to confusion, with even Comăneci unsure of what it meant, until the announcer informed the elated crowd that she had scored a perfect 10.

She has lived in the United States after defecting in 1989, where she married American Olympic gold medal gymnast Bart Conner who set up his own school. In 2001 she became a naturalized United States citizen.