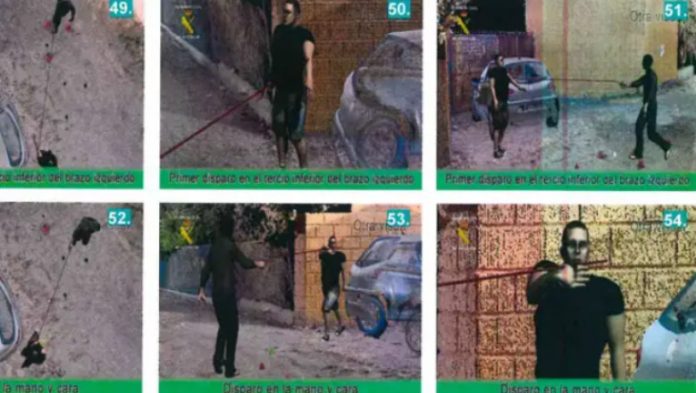 A Romanian woman faces 26 years in prison in Spain, after she stood trial on charges of executing her Italian boyfriend, the son of a Calabrian Mafia boss, ‘Ndrangheta.

Prosecutors demanded a 24-year sentence for the woman, identified as Cristina Elena T., for murder. They have called for her to also serve two years for the illegal possession of firearms,  La Razon  reported.

The woman is accused of killing her boyfriend, Giuseppe Nirta, in Águilas, in Spain’s Murcia region, in 2017. She told police that he was executed by a stranger who was waiting for him in their back yard.

However, evidence indicated that she had carried out the crime and she was arrested.

She spent a year and a half in pre-trial detention, after which she was released.

The prosecutor’s office also called for her to pay the court costs and compensation of 200,000 euros to the mother of the deceased.

His family is demanding 500,000 euros in compensation.

At the time of the murder, Cristina Elena T. said that an unknown person was waiting for them in their yard. She said the assailant got out of the car and shot her partner from behind, several times. She said she managed to escape.

But evidence apparently contradicted her. Forensic scientists said that given the position in which the body was found, Giuseppe Nirta was taken by surprise. They said his body showed that he wasn’t trying to flee as would have happened if he was targeted by an assassin.

Investigators said that after the murder, the woman called an acquaintance from the victim’s phone and said that he had been killed. They said her instinct would have been to call the police.

Forensic examinations found traces of gunpowder on the clothes she was wearing.

She denies the charges.

Giuseppe Nirta’s father is a prominent member of the Ndrangheta mafia clan, who was arrested in Italy in 2008 for murder.

The ‘Ndrangheta is a prominent Italian Mafia type organized  crime syndicate based in the region of Calabria, the ‘toe of Italy’s boot.’ It dates back to the late 18th century.