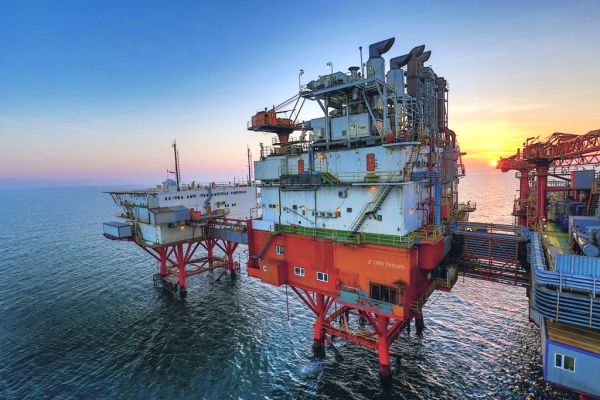 Romanian natural gas producer Romgaz said on Tuesday it has signed the contract for the acquisition of Exxon Mobil’s 50% stake in the Black Sea offshore project Neptun Deep for $1.06 billion.

The U.S. multinational oil and gas corporation ExxonMobil said the transaction is expected to close in the second quarter of 2022.

„Together with Romgaz and OMV Petrom, we will meet our goal to provide the necessary gas for our own consumption, and, provided that there will be sufficiently large quantities, to provide gas for our neighbors, both in the region and in the European Union,” Romania’s prime minister Nicolae Ciuca said.

As a result of the over $1 billion deal signed today, the Romanian state, through @RomgazRomania, becomes an equal partner of #OMVPetrom in the #NeptunDeep project. GovRo is repositioning🇷🇴as an important regional player&provider of energy security in the region pic.twitter.com/0HLNezoptw

In March, Romgaz announced that its board of directors approved the acquisition of 100% of ExxonMobil Exploration and Production Romania Limited, the holder of 50% of the rights and obligations under the concession agreement for petroleum exploration, development and production in XIX Neptun Deep Block.

The other half of the rights and obligations under the XIX Neptun Deep Block concession is held by Romanian oil and gas group OMV Petrom.

OMV Petrom entered a joint venture with ExxonMobil for exploration of Neptun Deep Block in 2008. The block covers an area of some 7,500 sq km in water depths ranging from 100 to 1,700 meters, according to OMV Petrom’s website.

The government submitted a draft bill to parliament in mid-April that  states the tax regime will not change for the duration of offshore gas projects and enforces a smaller tax for gas sales. Also, it removes export restrictions for natural gas, except in emergency situations.