Romania’s center-right Liberal Party remains the most popular party in Romania, but its lead has slipped in the past month as the minority government grapples with the coronavirus crisis, an opinion poll showed.

A poll carried out in April by the Institute of Marketing and Opinion Polls which was ordered by Europa FM radio station said 33% of respondents would vote for Liberals if elections were held next Sunday, 3.7% less than last month.

The Social Democracy Party was in second place, polling 24.8%, an increase of just under one percentage point, the poll which was published Thursday showed.

The Liberals took office as a minority government on March 14 as the COVID-19 pandemic spread to Romania. Two days later, President Klaus Iohannis declared a state of emergency in response to the crisis. A strict lockdown will end in mid-May, although restrictions will remain.

Romania is scheduled to hold local and parliamentary elections this year but the dates are uncertain due to the health crisis.

The Social Democrats won parliamentary elections in 2016 but their three years in office were marked by protests and corruption scandals.

The party was ousted in no-confidence vote in October after a junior partner quit the governing coalition. Iohannis, who used to lead the Liberal  Party, was re-elected president in November.

The Liberals have seen their popularity dip from a massive 47% in January.

In the latest poll, the progressive Save Romania Union also dropped from 12.5% to 10.8%.

The Pro Romania party of former Prime Minister Victor Ponta rose to 8.2%, an increase of 2.4% since March. 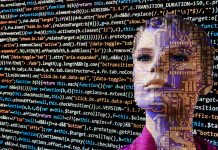 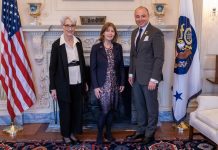