Staff at „organizations in the field of information and communications” in approved outlets won’t have to fight in Ukraine, the ministry said in a Telegram post.

Other key industries to be exempted include IT and telecommunications professionals and some bankers, the post said, „in order to ensure the operation of certain high-tech industries, as well as the financial system of the Russian Federation.”

Putin’s announcement on Wednesday, that he would send as many as 300,000 reservists to the battle lines in Ukraine was followed almost immediately by reports of Russian men  trying to leave Russia to avoid the draft.

The decision to exempt state-approved journalists ensures that the media figures pushing a distorted state narrative on the war in Ukraine won’t have to see the war close up.

Independent news media in Russia is severely restricted thanks to a yearslong crackdown that accelerated at Putin’s invasion of Ukraine, Business Insider reported.

By law, the war in Ukraine is to be referred to only as a „special military operation.” A

Anyone publishing unofficial information, or „discrediting” the military faces a harsh penalty.

Russian  authorities plan to conscript 1.2 million people for “partial mobilization,” Meduza reported citing a source close to one of the country’s federal ministries.

A source close to one of the country’s federal ministries said  authorities “recommended keeping recruitments to a minimum” in regional capitals.

Instead, the government is conscripting people “in rural areas, where there’s no media, no opposition, and more support” for the invasion.

After Vladimir Putin announced partial mobilization on Wednesday, Russia Defense Minister Sergey Shoigu said that a total of 300,000 reserve troops would be called up.

Novaya Gazeta Europe, citing a source from the Putin administration, reported that a classified paragraph allows for up to one million draftees. Russian Presidential Press Secretary Dmitry Peskov denied the report.

Russian social media has videos showing heavy traffic at the country’s border crossing points. Most of the clips showed people at the borders with Georgia, Kazakhstan, Mongolia, and Finland.

Media outlets says the long lines is connected to Vladimir Putin announcement that Russia will start conscripting soldiers to fight in the war in Ukraine.

Dan Perry: Should Donbas be ceded to Russia and will Putin threaten NATO states? 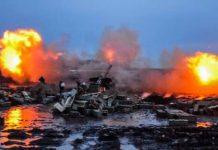 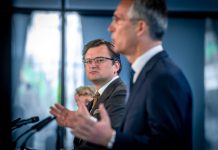 US official urges Russia to be ‘responsible nuclear power’