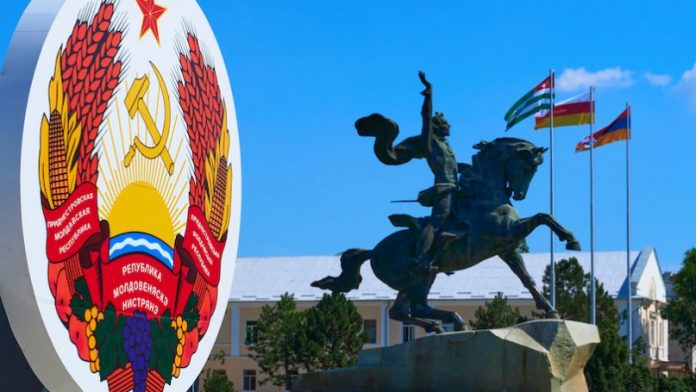 Ukrainian officials claim Russia is using an ammunition depot in the Moldovan breakaway region of Trans-Dniester to smuggle arms across its borders, Fox News reported.

Trans-Dniester which shares a border with Ukraine and has Russian troops stationed there  has become a new focal point in Russian President Vladimir Putin’s war as he looks to take eastern and southern Ukraine.

„Thirty years ago, the Russian Federation occupied the territory of Trans-Dniester. Every year there are mobilization exercises with a task force of Russian troops stationed in this area,” Vadym Skibitsky, representative of Ukraine’s Main Intelligence Directorate of the Defense Ministry, said in a statement Friday.

He said Russian troops train with local separatist forces on defensive and counteroffensive operations using ammunition stored in a warehouse in the village of Kolbasna, which shares a border with Ukraine’s Odesa region.

„Part of the ammunition is used for combat training, part – according to military intelligence – for smuggling,” Skibitsky said.

Ukraine’s defense ministry warned Friday that recent actions from Russia show it is looking to use Trans-Dniester as a „springboard for aggression” to attack Ukraine from another direction and to potentially hit Moldova.

The ministry announced earlier this week that Russian-backed separatist forces in Trans-Dniester are recruiting men for their ranks, a move that preceded two alleged „terrorist attacks” in the region this week.

Ukrainian and some Moldovan officials have accused Moscow of being behind the attacks to provide a pretext for the deployment of Russian forces under the guise of a „peacekeeping” mission, a similar tack that Russia took in Ukraine.

Russia has maintained a peacekeeping force in the Trans-Dniester  region since a war  broke out in 1992 over fears Moldova planned to reunite with Romania. A peace agreement was brokered between the Moldovan government and regional officials.