Amid a spike in coronavirus cases, Romania’s government decided Friday to close schools across the country for three days around local elections to prepare for voting and to disinfect the spaces afterwards.

The country holds local elections on Sunday, Sept. 27 and it will be the first time Romanians have gone to the polls since the pandemic reached the country.

Many schools double as polling stations which has given authorities a dilemma about how to organize the ballot without risking a further spike in cases.

Education Minister Monica Anisie told Pro-TV on Friday that authorities has decided to give officials enough time to prepare polling stations before the election and then disinfect the spaces afterwards. Voters will wear masks, be required to keep a reasonable distance and polling stations will be disinfected.

Romania’s schools reopened on Monday after they closed in March as the virus outbreak hit, but only about 70% are holding full-time classes due to the Covid-19 pandemic. For the past three days, Romania has recorded more than 1,500 new SARS CoV-2 cases.

Ms Anisie said that Romanian pupils wouldn’t go to school next Friday and the Monday and Tuesday after the vote. She said pupils would take part in online learning while schools were closed.

She said schools in Bucharest would also be closed on Thursday. The Romanian capital has reported far more cases than anywhere in Romania, often more than 200 new cases a day.

„Even if classes are physically suspended, lessons will continue online. At a national level, all education units will be closed on Friday, Monday and Tuesday so elections can take place,” she said.

She said there would be discussions with local education authorities on Monday about whether to close some schools on Thursday.

There are 18,000 polling stations around Romania and most of them are in schools. 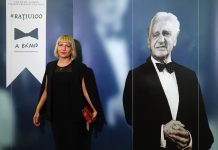 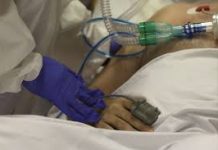