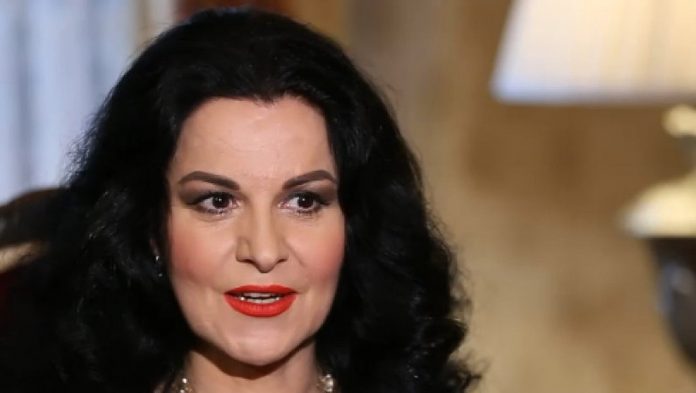 „In thirty years, I haven’t discovered a single important auditorium that George Enescu played in. Where did he play?” she said in an interview with contributors.ro on October 5.

Her comments have struck a discordant note with some.

A child prodigy, Enescu gave a private concert at the Court of Vienna in the presence of Emperor Franz Josep in 1891 when he was just 10.

The composer, violinist, pianist, conductor, and teacher has the George Enescu festival named after him and he is featured on the Romanian five lei.

“If you go to Paris, it doesn’t make you a great artist… There are artists who stayed in Romania who are very good. Just nobody’s heard of them,” Ms Gheorghiu said in the interview to promote a translation of Jon Tolansky’s biography  ‘Angela Gheorghiu: A Life for Art’ into Romanian.

“Romania’s cultural history is made up of false legends. Those people we are told are great, aren’t so great,” the 56-year-old soprano said.

Born in a town in northeast Romania a year after Nicolae Ceausescu came to power, she graduated and made her debut abroad after the end of communism.

She debuted at the Royal Opera House and Vienna State Opera in1992, followed by New York’s Metropolitan Opera debut in 1993.

She won international stardom after starring as Violetta in Verdi’s La Traviata at Covent Garden in 1994. Her voice was compared to American-Greek Maria Callas and she made headline with her glamorous style and marriage to fellow opera star, the tenor Roberto Alagna.

She said she was put off by Romania because “they forced me to learn‘La Bohème’in Romanian, because that’s what the communists wanted. I said I wanted to sing in the original and I don’t need Romanian.”

Opera News gave the biography a damning review. “Vain, trite, repetitive, opportunistic, lacking insight and empathy, A Life for Art is, paragraph by paragraph, page by page, a self-indulgent tour de force that shatters any illusion of frailty, bravery or sensuality this gifted artist might hope to convey onstage.”