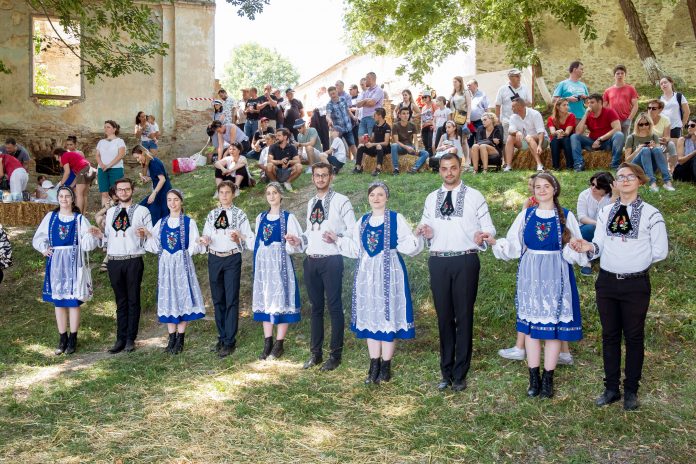 The annual Haferland Festival–a mixture of culture, fun and high-level politics—will focus this year on 30 years of  friendship between Romania and Germany, Universul.net has learned.

Romanian Foreign Minister Bogdan Aurescu, ambassadors and politicians have confirmed they will  attend the July 29-31 festival which was originally created to shine the spotlight on the small but active Saxon community.

‘From its cultural beginnings, Haferland has morphed over the years into an unlikely but successful event where jam-making meets high-level politics.’

Romania and Germany signed a friendship treaty in April 1992 as the East European country was emerging from decades of communist rule.

Relations have gone up several notches over the years, noticeably  after President Klaus Iohannis became president in 2014. Germany is Romania’s top trading partner.

Russia’s invasion of Ukraine has added more dynamic to the relationship.

In a sign of the importance of the Haferland or “Oat Country” festival, the foreign minister Aurescu has confirmed he will deliver an address in the village of Crit about  Romania’s relations with Germany.

From its cultural beginnings, Haferland has morphed over the years into an unlikely but successful event where jam-making meets high-level politics.

Initially dedicated to reviving dying Saxon traditions, the high-octane fest is a place where tourists can rub shoulders with ambassadors and politicians.

This year, apart from politics and international relations, the festival will offer tourists balls, Saxon dances, a jazz concert, bike tours, a book launch, as we reported.

The festival was the brainchild of Michael Schmidt, an entrepreneur who was born in the Haferland region. He got together with best-selling German artist and composer, Peter Maffay, also a native son from these parts to create the festival.

This year’s festival is being organized again under the patronage of President Klaus Iohannis who is also an ethnic German.

The festival  will also have debates about the role of Saxons in community which covers the villages of Homorord. Crit, Viscri, Bunesti, Mesendorf, Cloasterf, Sasciz, Archita, Roades and Rupea.