Romania’s acting Prime Minister Ludovic Orban said he was self isolating at home after a party colleague tested positive for the new coronavirus.

Orban said he would go into 14 days quarantine at his official residence in Bucharest and other Liberal Party senior members would also go into self-quarantine.

President Klaus Iohannis said he would hold discussions with political leaders about forming a new government via video and not at the presidential Cotroceni Palace over concern about the spread of the disease.

The announcements came after Romania reported fresh cases of the virus on Friday, bringing the total to 82.

Meanwhile, all ministers will be tested for COVID-19 and will remain isolated in their offices to avoid direct contact with others, Orban said at a press conference, seated next to Health Minister Victor Costache. He recommended journalists self-isolate at home and ask for the test.

“I…. will isolate myself at Vila Lac, where I will make all the decisions. The ministers will see where they will isolate themselves until the test results come,” he said. „I recommended that they do not have any contact with any employees.”

Vergil Chitac, a Liberal senator who took part in a party meeting is in self-isolation, as are other members who attended the meeting, Orban said.

Journalists were temporarily denied access to the government offices at the Victory Palace over concerns about the spread of the virus.

Coronavirus cases stay under 200 a day in Romania, as total climbs toward 20,000 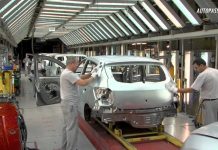 Romania’s Dacia carmaker furloughs 1,100 factory workers due to a lack of orders 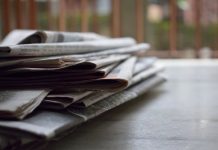