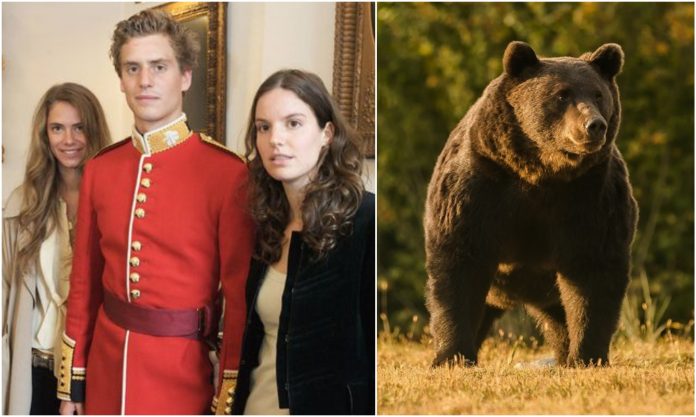 Romanian authorities are investigating claims that a prince from the Liechtenstein royal family was allowed to unlawfully kill a brown bear in Romania in March, two environmental organizations said.

They said the Romanian environment ministry had given him a permit to hunt a bear that was causing damage to farms in central Romania.

However, a local hunting association confirmed Prince Josef Emanuel of Liechtenstein had been given a separate permit to kill the bear, Pro-TV reported. It showed an image of the permit.

Bear hunting has been banned in Romania since 2016.

Local hunting official Marcos Barna told Pro-TV the prince paid 7,000 euros for the permit and left Romania with the bear.

An online petition calling on Romania’s environment ministry to ban trophy hunting has been launched.

„We want to stop any similar incident in the future…. We must investigate point by point what happened together with other state institutions,” said Environmental Guard official Octavian Berceanu.

„We want to see under what conditions the animal was shot”, he added.

Environment Minister Barna Tanczos, an advocate for relaxing the bear hunting ban, said there would be an investigation into the incident.

He called the case „extremely complicated,” and said the complaints about troublesome bears were reported an almost daily basis.

But Agent Green and Austrian animal rights’ group VGT on Wednesday condemned the killing of the bear known as Arthur.

They said the prince, 32, from the southern Austrian town of Riegersburg received a permit from the environment ministry. That was to hunt a bear that caused damage to a farm in the village of Ojdula, northeast of Brasov.

They claimed however that the prince did not kill the problematic bear, but a large male bear „who lived deep in the forest and has never come near any of the local villages,” a press statement said.

The statement said that ‘Arthur’ had been observed by ranger Agent Green for the past few years and was protected by a special decree.

„Arthur was 17 years old and was the largest bear observed in Romania and probably the largest living in the European Union,” the statement said.

„The bear faces multiple threats that endanger its survival: habitat degradation, climate change and human persecution. The environment ministry must address the causes that led to the bear-man conflict and not the effects.”

“It is not known how many bears there really are and any exemption granted (for hunting) is dangerous. Trophy hunting must be outlawed. Otherwise it will increase and the species will be in danger of extinction, as has happened in most of Europe .”

Romania is home to some 6,000 brown bears, the largest population of bears in any European Union country.