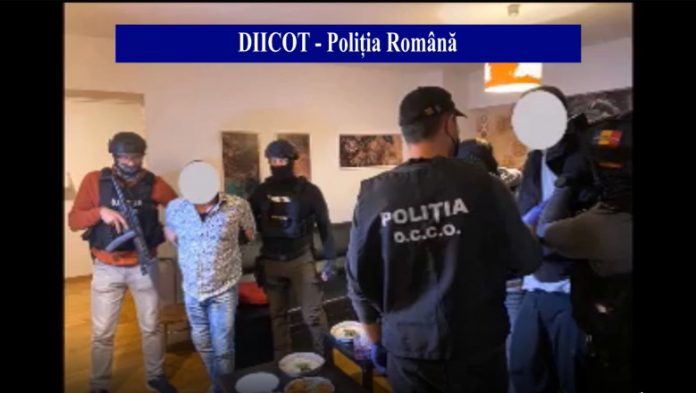 The leader of Bucharest’s Hells Angels Motorcycle Club and two New Zealand men have been detained on charges of cocaine trafficking, officials said.

Romanian Marius Lazar, Michael Matthews Murray and Marc Patrick Johnson, both from New Zealand were  remanded in custody for 30 days following a decision by the Bucharest Court of Appeal.

The three were arrested in order to be handed over to U.S. judicial authorities, for the enforcement of the arrest warrant issued on Nov. 4 by a magistrate of the United States District Court for the Eastern District of Texas.

The case is being investigated  by the  organized crime and terrorism agency, DIICOT and the U.S. Drug Enforcement Administration (DEA).

The Bucharest Court of Appeal will rule on the extradition request made by the U.S. authorities on Dec. 16.

The two New Zealanders and the Hells Angels leader were apprehended on Thursday by Romanian prosecutors following a large-scale operation to dismantle an international group of cocaine traffickers.

DIICOT said U.S. authorities requested international legal assistance to investigate  an organized crime ring that obtained arge amounts of cocaine and methamphetamine in the U.S. and other countries and distributed them in the EU and New Zealand.

The leaders of the group, who are detained in New Zealand, negotiated through intermediaries the purchase of cocaine and methamphetamine for one of the groups, with the negotiations and transactions taking place in Romania.

During negotiations, the Romanian representatives of the group asked the suppliers to provide them a certain amount of drugs and discussed the possibility of killing a member of a rival group.