Thirteen ‘super bison’ have arrived in Romania the latest animals to be settled in the area as part of a rewilding project in the Southern Carpathians.

The bison which came from Germany will be join more than 60 other bison to start a new life in the wild.

The animals were transported by truck to Bison Hillock in the village of Armenis, southwestern Romania on Thursday.

“Every bison is genetically valuable and is carefully chosen by specialists to be relocated and freed into the wild in this optimum habitat, in the Tarcu Mountains, “ a press release said. The Tarcu Mountains are on the western edge of the Southern Carpathians, in southwest Romania/

The wild bison population is today re largest it’s been in 200 years, thanks to a program initiated by Rewilding Europe and WWF Romania in 2014.

Before the animals come, there is a complex selection process to ensure the genetic diversity of future generations.

„We know the family history of each bison that is transported. The bison that arrived now come from nine reservations and spent almost a year together to form social groups,” said Alexandra Sallay- Moșoi, a LIFE Re-Bison Project, WWF Romania manager.

She said the groups work with 16 breeding and reservation centers in Europe to identify the right bison to join the groups.

Another six bison will arrive from the Avesta reservation in Sweden at the end if the month.

Rangers closely monitor the behavior of the bison for a period of 21 days while they are in quarantine. They are then released into the wild where they will explore new territory, of forests and meadows.

These large herbivores have a positive effect the 596 species of animals and 200 species of plants making long-term conservation of the bison species essential for the entire ecosystem.

The aim of the project is to create a viable population that breeds in the wild and supports the area’s biodiversity.

There’s also a cultural added value. The bison is a symbol and has allowed  communities to rediscover the beauty of nature around them and organize activities for tourists.

Rewilding is a form of environmental conservation that has potential to increase biodiversity, create self-sustainable environments and mitigate climate change.It aims to do this by reintroducing lost animal species to natural environments. 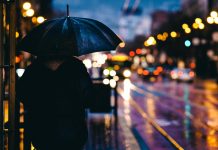 Extreme weather forecast for Romania over the weekend 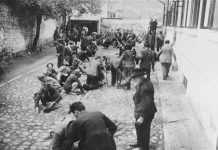 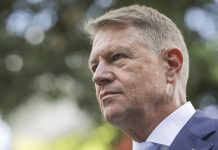