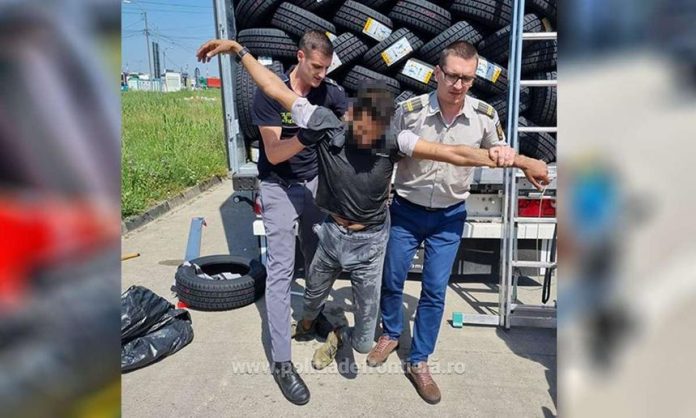 He was lifted off the truck and taken by ambulance to a hospital in the Danube port of Giurgiu. He has now recovered, police said on Friday.

The incident occurred on Thursday afternoon at Giurgiu-Ruse crossing point on the Danube in southeast Romania.

The truck driver, a 39-year-old Romanian, presented his papers to police. The documents said he was transporting tires from Turkey to Germany, News.ro reported.

Officials carried out a preliminary check on the vehicle and discovered that a tarpaulin at the back of the truck was cut.

This roused their suspicions and they then carried out a more detailed inspection.

They discovered two men hidden among the tires. There were no further details.

An increasing number Afghans have been using Romania as a transit route to Western Europe. In May there were hundreds of migrants, mainly Afghan sleeping rough in the western city of Timisoara.

In April, a Afghan refugee was fatally stabbed and another was injured after a fight broke out between refugees at the Timisoara train station.

Migrants have chosen to enter Romania as it is an easier route than crossing into Croatia, Hungary or Slovenia on their way to the West. Hungary has closed its doors to most immigrants and its government has very strict anti-immigration policies.