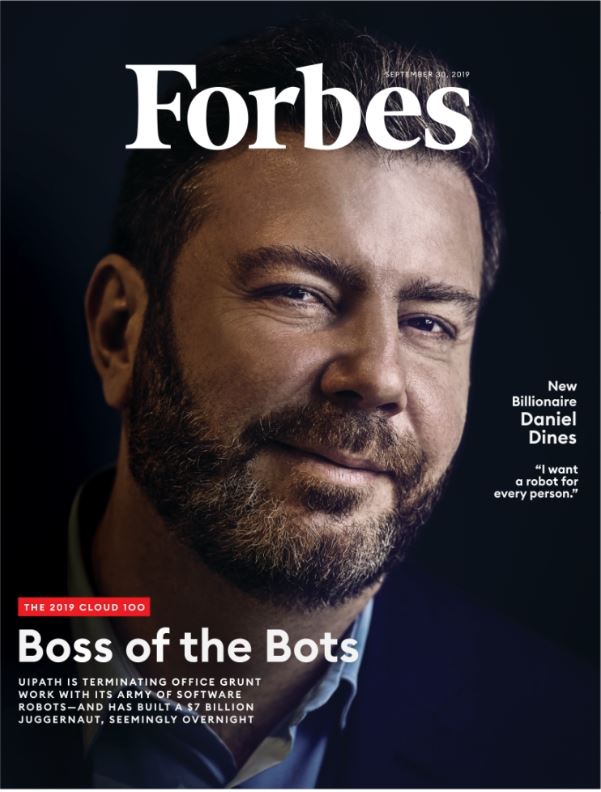 Romanian software vendor UiPath  has debuted on the New York Stock Exchange (NYSE) and rose 23%, reeling in $1.34 billion in the company’s IPO.

It was one of the largest IPO software debuts in history. CEO Daniel Dines said he was „incredibly proud” of the achievement.

The company, whose software helps businesses automate repetitive tasks, sold shares Tuesday night at $56 apiece, above its expected price range of $52 to $54. At the closing price on Wednesday, UiPath had a market value of $35.8 billion,

The company’s software performs many low-skilled tasks that businesses once outsourced to workers in cheaper-wage countries.

Known as robotic process automation technology, the technique takes over repetitive, routine data-entry and processing tasks. Some of its software has been used in hospitals and health-care projects to help with Covid-19, according to UiPath’s website.

Six years ago, UiPath, the Romania-founded global software company had 10 employees who worked in a Bucharest apartment.

After the stock market debut, company CEO Daniel Dines, 49,. who holds UiPath class A and Class B shares, worth $6.1 billion (at the IPO price) becomes the richest Romanian.

„We are a multinational business in 30 countries and one of the fastest-growing software companies in history,” said Mr Dines, the co-founder according to a press release.

„I am incredibly proud of that we are the first Romanian-born company to list on the New York Stock Exchange.”

He replaces  former tennis player Ion Tiriac, who is the only Romanian in the Forbes list of the world’s billionaires, with a fortune of $1.7 billion.

Daniel Dines left his native Romania in 2001 for the U.S. to work for Microsoft Corp and gained the experience that would help him create his billion-dollar fortune.

Finding it hard to adapt, the software programmer returned to Romania and started the business. In 2019 the company was valued at $7 billion.

Mr Dines grew up in communist Romania in the hardscrabble town of Onesti in northern Romania and studied math and computer science at the University of Bucharest. His dream was to become an author.

The company started out as DeskOver and was renamed it UiPath in 2015. Initially, it was run out of an apartment in the capital. It relocated its headquarters to New York in 2017.