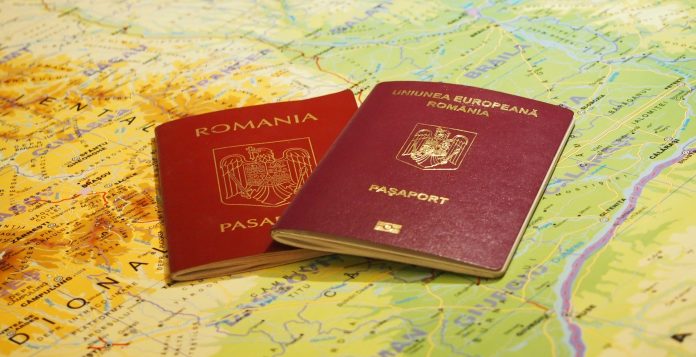 Romanian Foreign Minister Bogdan Aurescu and his Spanish counterpart Jose Manuel Albares have decided that negotiations should start as soon as possible for the conclusion of the bilateral agreement on maintaining dual citizenship for the members of the Romanian community in Spain, as well as members of the Spanish community in Romania, the Ministry of Foreign Affairs declared.

In this context, Aurescu pointed out that „the special openness shown by the Spanish authorities regarding the subject of dual citizenship confirms the recognition and appreciation of the Romanian community’s essential contribution to the Spanish society”.

Bogdan Aurescu, who was part of the official delegation led by Prime Minister Nicolae Ciuca that participated in the joint meeting of the Romanian and Spanish governments in Castellón de la Plana, gave assurances regarding the strong support Romania will provide to Spain during its term at the Presidency of the EU Council, in the second half of 2023.

Romania and Spain agree to establish a working group in order to analyze the solutions for granting double citizenship to the members of the Romanian community in Spain, reads the joint declaration adopted, on Wednesday, by prime ministers Nicolae Ciuca and Pedro Sanchez, on the occasion of the first joint meeting of the governments from Bucharest and Madrid, held at Castellón de la Plana.

Romania and Spain are friendly and allied states in Europe, in the Euro-Atlantic space and on the international stage, which have built an „exceptional” relationship of trust, based on the interpersonal ties between the two nations, the document states.

„The first joint meeting of the governments of Romania and the Kingdom of Spain represents an opportunity for the two countries to celebrate their historical and cultural ties. These are supported by the contribution of the dynamic and large community of Romanians in Spain, which has contributed for decades to the social cohesion and economic development of Spanish society, while keeping its own identity. We express our firm conviction that the excellent level of bilateral relations between Romania and Spain can represent a catalyst for the continuation of ensuring favorable conditions for the Romanian community in Spain and for the Spanish community in Romania, so that they prosper and further contribute to the development of bilateral relations. Therefore, the two countries agree to establish a working group in order to analyze solutions for granting dual citizenship to the members of the Romanian community in Spain”, the joint declaration says.

At the same time, Romania and Spain express their satisfaction for their significant economic relationship, which has considerably intensified since Romania’s accession to the European Union in 2007.

„The two states encourage the development of this relationship, especially in key sectors for both countries, such as renewable energy, transport infrastructure, the automotive industry, other manufacturing industries, information and communication technology, research and development, agriculture, digitization and tourism. In order to ensure its continued advancement, we recognize the importance of developing a stable and future-ready regulatory framework,” the two prime ministers said.

Romania and Spain, which concluded a Strategic Partnership in 2013, intend to strengthen and develop political dialogue and cooperation through periodic consultations at various levels regarding issues of common interest in the field of foreign affairs.

According to the statement, in the field of Defense, Romania and Spain have a solid bilateral relationship, complemented by fruitful cooperation within NATO and the European Union. At the same time, the two sides decided to intensify their political-military dialogue in order to further strengthen cooperation, both bilaterally and multilaterally.

In the field of emergency situations and civil protection, Romania and Spain decided to create a framework for the exchange of information and expertise, with the aim of stimulating cooperation in the field, improving national resilience and reducing the risk of disasters.

According to the declaration, Romania and Spain will continue judicial cooperation to implement the agreed instruments, in order to strengthen the protection of citizens’ rights.

The decision of the Romanian government to send a liaison magistrate to Spain is also welcomed, mentioning the intention of the Madrid government to explore the possibility of responding with a similar measure.

At the same time, Romania and Spain agree to maintain their partnership in the field of labour and social protection, with the aim of consolidating and deepening their relations, especially in the fields targeted by the National Labour Inspectorates, as well as in the field of employment and to advance regarding the exchange of information and good practices, including regarding employment services.

Regarding the medical field, Romania and Spain undertake to intensify the exchange of information and good practices in order to strengthen their national health services, especially in the field of prevention and integrated management of communicable and non-communicable diseases.

According to the joint statement, Romania and Spain recognize the role of education, learning foreign languages and professional training as key elements in their bilateral relations and highlight the promotion and revision of the legal framework regarding Spanish-Romanian bilingual specializations in schools in Romania, as well as the consolidation of programmes of Romanian language, culture and civilization in schools in Spain.

The joint statement of the two prime ministers also mentions the decision regarding the signing of memorandums of understanding and cooperation in several fields: work, health, foreign affairs, culture, emergency situations, agriculture.