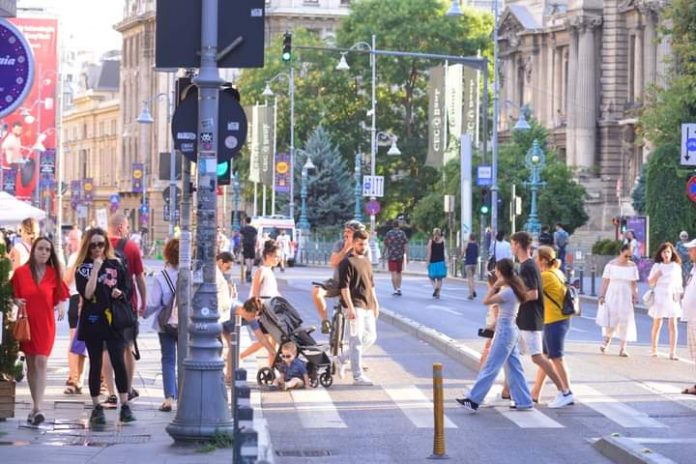 Bucharest will make key roads ‘pedestrian only areas for the next few weekends to give residents a chance to experience a chilled urban vibe.

Calea Victoriei and Kisileff Boulevard will be traffic free during the ‘Open Streets’ festival.

The „Open streets – Bucharest, urban promenade” aims to offer residents a chance to develop a friendlier than usual relationship with the normally traffic-choked city.

There will be street theater and other artistic performances during the weekends.

„Open Streets” is organized by the city hall’s Culture, Education, Tourism  Department in tandem with the Bucharest Cultural Center  and PROEDUS – the Center for Educational and Sports Projects.

The two streets will be open every weekend until 16 October. There are five weekends during that period.