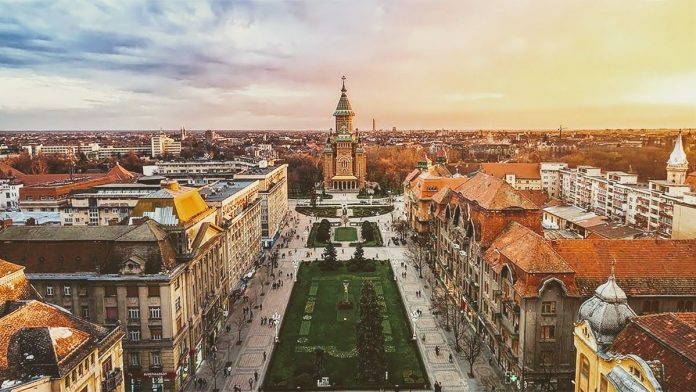 The city of Timisoara in southwest Romania will take the spotlight as a European Capital of Culture in 2023 instead of 2021 due to Covid-19 related disruptions.

Elefsina, in southern Greece will also join Timisoara as the European capital of culture. Novi Sad in Serbia which was due to host a European Capital of Culture in 2021 will now host it in 2022.

“This moment is a new start because Timisoara will become the European capital of culture. In 2023,” Romanian Culture Minister Bogdan Gheorhgiu said on Wednesday, a day after the European Union Council voted unanimously on the matter.

“Once the legislation is in place, we will start all the necessary procedures for this project to be a new business card for Romania as Sibiu was,” he said.

Sibiu was named European capital for culture in 2007, the year Romania joined the European Union.

The European Commission presented a proposal to the Council and the European Parliament to allow the current European capitals of culture Rijeka and Galway to extend their title year until 30 April 2021.

The Covid-19 pandemic disrupted people’s mobility, travel, and the organization of events.

Timisoara, in southwestern Romania was long a part of the Austro-Hungarian Empire. The city’s brightly colored and freshly restored historic facades recall that era.

In September, it elected a German mayor Dominic Fritz, the first big Romanian city to elect a foreign mayor.

The city still carries the nickname „little Vienna.” Its splendor and elegance have made it one of the country’s most popular destinations.

Romania’s anti-communist revolution that led to the collapse of the communist regime started in Timisoara. Demonstrators protested the forced eviction of a Hungarian pastor and security forces opened fire on them.

Unarmed adults, teens and children were shot down in the square in front of the opera starting from Dec. 16, 1989.  Yet the protests spread to the rest of Romania and days later Communist leader Nicolae Ceausescu fled the capital with his wife a closest political ally Elena Ceausescu. The pair were captured and executed after a hasty trial on Christmas Day 1989..

The Metropolitan Cathedral is one of the city’s major landmarks is the Metropolitan Cathedral, dedicated to the Three Holy Hierarchs, important figures in the Orthodox Church. Its architecture, featuring towers instead of domes, is unusual for an Orthodox church. The building also required 1,000 cement beams to be rammed into the marshy ground. Completed in 1941, it’s been a tourist site ever since.

In 1884, Timisoara became the first city in Europe to be entirely lit by electric streetlamps. Today, the city remains well-off in comparison to other areas of Romania: It has a strong economy, comparatively low unemployment, and is the seat of many international companies, particularly German ones.

Elefesina which is south of Athens is also known as Eleusis, a reference to the Eleusinian Mysteries, special rituals dedicated to the ancient Greek gods Demeter and Persephone. Only certain individuals were