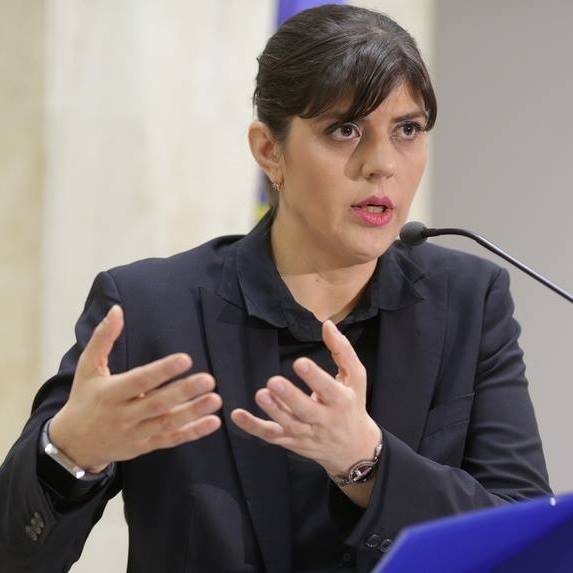 A newly created EU prosecutor’s office started work on Tuesday in time to monitor how hundreds of billions of euros of Covid recovery funds are spent across the bloc.

The Luxembourg-based European Public Prosecutor’s Office (EPPO),  is headed by former Romanian anti-corruption chief, Laura Codruta Kovesi. The office will crack down on the fraudulent use of EU funds.

Ms Kovesi called the launch „a historic moment.” She said: „Our target (is) economic and financial criminality. Make no mistake, this is the most common threat to any democratic society.”

It comprises 15 permanent chambers. Ms Kovesi and 22 prosecutors will be able to take decisions in up to 3,000 cases annually.

„We are a single office operating under 22 different criminal procedural regimes. This has never been attempted before,” she said.

The office was originally scheduled to start last year. However, a delay in the 22 participating EU member states nominating prosecutors to the body pushed back its launch.

The EU commissioner for values and transparency, Vera Jourova, called the office „a unique body” that filled a gap in the bloc’s crackdown on fraud.

The European Commission said „this opens a new chapter in fighting cross-border crime”.

The office is the latest addition to the EU’s „Justice League”, a group of cross-border bodies designed to strengthen the rule of law across the continent.

The EU already has the European Court of Justice, also based in Luxembourg.

The European Commission stressed the new office will „strengthen the protection of the budget of the EU.

“It will observe the implementation of NextGenerationEU with an eagle eye to make sure funds will reach our economy and our citizens”.

That 750-billion-euro plan, agreed in July 2020, is a package of grants and loans to help EU countries recover from the economic downturn caused by the coronavirus pandemic.

All  27 member states have approved the scheme, allowing the European Commission to tap capital markets from this month to finance the spending.