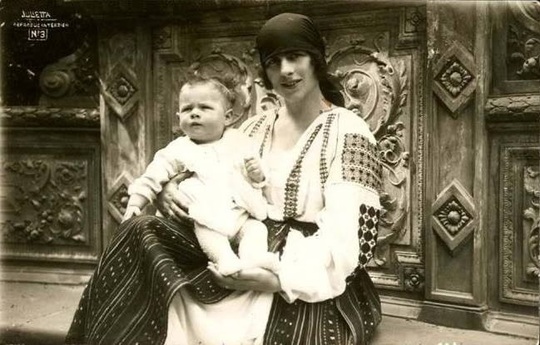 Decades after she was forced to leave, the remains of the queen mother Helen have arrived in the country for reburial in central Romania, in a sign of the affection and respect that Romanians still have for the monarchy that was abolished when the communists came to power after World War II.

Symbolically, her coffin was brought to the Elizabeth Palace where her son King Michael was forced to abdicate at gunpoint 72 years earlier. That moment ended Romania’s monarchy and marked the beginning of the communist regime which collapsed in a revolt in 1989.

It was Michael’s greatest wish to have his mother’s remains brought back to Romania for reburial. Dozens of well-wishers turned out for a short military service on a golden autumn day in the capital.

Helen is the latest member of the Romania’s royal family to be repatriated for reburial after the death of King Michael in Dec. 2017.

If Michael was given a state funeral with full honors that attended by members of European and other monarchies, Helen’s reburial is a quieter affair.

Still, she will be given a national funeral on Saturday at the Cathedral at the Curtea de Arges.

President Klaus Iohannis welcomed the event as “an act of historic justice, a gesture of rediscovering (our) identity and civic patriotism.”

He called Greek-born Helen “a powerful symbol of dignity, honor and courage and a shining beacon of moral conduct in the dark 20th century.”

Prime Minister Viorica Dancila said: “May her homecoming to Romanian soil be blessed.”

Helen was noted for her humanitarian efforts to save Romanian Jews during World War II which led to her receiving the State of Israel award with the honorific title Righteous Among the Nations in 1993.

Queen Helen was born in Athens on May 2, 1896 and died at Lausanne, Switzerland, on November 28, 1982, seven years before communism collapsed.  She was buried at the Bois-de-Vaux cemetery in Lausanne.

She was the third of six children, and eldest daughter of King Constantine I and Queen Sophie of the Hellenes.

She met Crown Prince Carol, the eldest son of King Ferdinand and Queen Marie, in Switzerland, where she and her family were living in exile.  Marie and Sophie were first cousins, granddaughters of Queen Victoria.

King Constantine gave his assent to the engagement only after Carol’s first marriage to Romanian commoner Zizi Lambrino was annulled.

Carol and Helen married in Athens in March 10, 1921.  Helen was the first princess to marry in Greece. Her only child Michael was born on Oct. 25 that year.

However, within three years, Carol had abandoned her for another woman, Elena Lupescu and on Dec. 28, 1925, he renounced his position as Crown Prince and his right to the throne.

By 1944, Romanian communists, aided by the Soviet Union, were making inroads into Romania’s political system.  Michael had lead a coup against the Antonescu regime, and then joined the Allies.

Michael was forced to abdicate at gunpoint at the Elizabeth Palace on Dec. 30, 1947, and within hours the Romanian Peoples’ Republic was established,

He and Queen Helen left Romania early in January and went into exile in Switzerland.

After her son’s marriage to Princess Anne of Bourbon-Parma in June 1948, Queen Helen left Switzerland and settled in Italy. She moved back to Switzerland in 1979 and moved in with her son and family at their home in Versoix a year before her death.