Romania’s foreign ministry says four Romanians have been evacuated from the epicenter of the coronavirus outbreak in China to Germany and France, where they will be quarantined for 14 days.

The evacuation was organized under the European Union Civil Protection Mechanism which was established in 2001 to improve the EU response to natural and man-made disasters inside and outside Europe.

One Romania has been repatriated to Europe to Germany and the other three traveled on a flight organized by the French government, the ministry said Monday.

The Swiss embassy in Beijing also took part in the repatriation efforts, the foreign ministry said.

It said Romania’s embassy in Beijing was in permanent contact with the four Romanians during the process.

The embassy was in contact with three Romanian sailors to help them leave the area before their contracts finish. The embassy also offered assistance to Romanian students currently studying in China.

The ministry thanked EU members and Switzerland for their help in managing the situation.

The foreign ministry said through its embassies and consulates, cooperated with German, French and Chinese authorities to facilitate the operation “taking into account the travel restrictions in the area.” 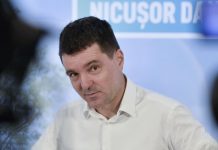 Third time lucky? Liberals back activist and center-right Nicusor Dan as their candidate for Bucharest mayor 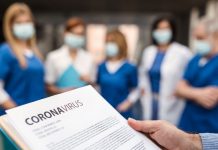 Romania confirms first case of coronavirus. Man, 25, went hunting with Italian who had the virus