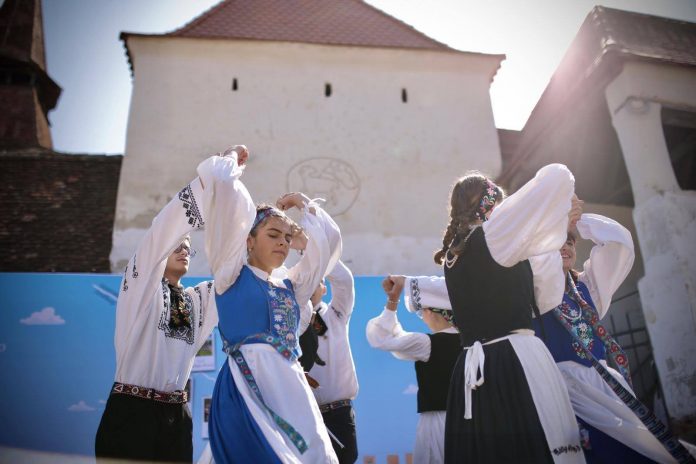 Germany has committed to donating EUR 753,000 in support of German language teachers in Romania through a program intended to promote German as a mother tongue in state schools and other learning centers in the country, reports Romania Insider.

The funds will reduce the deficit of qualified German language teachers by motivating young German speakers to pursue a teaching career. The young teachers will receive training through periodic courses.

The money will also be used to provide modern textbooks in German to Romanian students who want to learn German at a native level.

The project is implemented by the Saxonia Foundation in Brașov county. The 2011 census showed that roughly 36,000 ethnic Germans lived in the county.

More than 745,000 ethnic Germans resided in Romania back in 1930 according to official census records cited by DW. Many were „sold” to their families in Germany by the communist authorities until 1989. Around 230,000 left Romania this way, exchanged for up to 4 mln Deutsche Marks.

The grant comes to revitalize a shrinking community. Over 900 teachers and educators will receive allowances enabling them to offer German language classes of the highest quality. The program also includes support for teams of authors who edit or update textbooks in German for Romanian students.

„I am glad that we can continue to support German-language education in Romania during this year as well, an anniversary one in which we celebrate 30 years since the signing of the Romanian-German Friendship Treaty”, said German ambassador Dr. Peer Gebauer in a press release. „More than 23,500 children and students will be able to benefit from learning in German”, he added.

„This project, financed by the German state, is particularly important for maintaining German-language education in Romania. It shows teachers that teaching in German is valued and that their additional work is recognized”, said the general director of the Saxonia Foundation, Klaus-Harald Sifft. „State schools where German is taught as a mother tongue are vital for our minority and are in great demand, including among the Romanian-speaking population”, he added.

The two representatives noted that the program, running since 2015, is an investment in the next generation.