They look like patients. They say they’re patients, but there’s nothing wrong with them at all.

They are a team of undercover detectives sent by Romania’s Health Minister Sorina Pintea to the country’s hospitals to check out whether medics and nurses are demanding or accepting bribes.

The “mysterious patients” as they are known are part the “Undercover Bribe” anti-corruption drive launched this year to crack down on kickbacks in the country’s hospitals.  Pintea confirmed this week that 14 people had been hired to vet the health system as part of the program.

The measure was first implemented about two years after Romania’s government significantly hiked wages for most doctors and nurses in a bid to get rid of the widespread practice of making illicit payments to hospital staff.

Authorities turned a blind eye to the practise for decades as wages were so low in the health sector. Some medics demanded kickbacks, while patients said they thought it was expected of them or merely wanted to express their gratitude.

In July, Pintea publicly unveiled the plan to identify medics who took bribes from patients or didn’t respect patient norms, saying it was part of a government anti-corruption strategy. The ministry also did a six-month review of patient-to-medics bribes. Hundreds of patients reported making illicit payments at public hospitals around Romania.

Pintea said the ministry had hired people whose job was to pretend to be patients in order to determine whether kickbacks were still prevalent. The so-called patients would seek medical attention for a fake illness that did not require hospitalization.

The minister told Europa-FM that the “mysterious patients” as she called them were people who knew the workings of the medical system and  “wouldn’t just check if medics were demanding and taking bribes, but also whether the way patients should be treated was respected.”

She gave an example of a “patient” who needed to carry out medical tests for a driving license. As well as the legal tariff, staff asked for an extra 300 lei after the patient said he wanted the tests done quickly.

The ministry began a pilot program at Bucharest’s Fundeni Hospital this year after hospital managers asked employees to sign an “anti-bribe statement,” and pledge not to take illicit money from patients.

Posters went up around the hospital telling patients that hospital employees didn’t accept “an envelope” a term used for a kickback.

Doctors have expressed their disapproval of the initiative according to reports and have accused Pintea of “running a campaign” against them.

However, she claimed the initiative “helps honest doctors.”

“We have many honest doctors and nurses who don’t deserve hostility from the press and the minister, simply because a handful don’t do their jobs properly,”

A recent study carried out by the Anti-Bribery Synergy  in conjunction with the ministry revealed  Bucharest’s Emergency Hospital has the highest level of patient-to-medics bribes with 153 patients reporting they paid a kickback from January-July 2019.

An emergency hospital in the provinces is next worse with 147 patients saying they’d paid a bribe. Eighty-three cancer patients paid a bribe at the Al. Trestioreanu Oncological Institute in Bucharest.

The study asked patients treated at 350 hospitals whether medics had demanded an illicit informal payment for treatment. The Emergency Hospital said the figure represented just 0.18% of patients treated in that period. 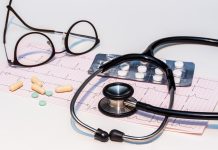