Hunter Biden, the son of former U.S. vice president Joe Biden provided legal advice to a Romanian convicted of real estate fraud, at a time when his father was advocating for corruption reforms in the country.

There’s no evidence of wrongdoing by Biden in Romania, but there’s definitely a bit of awkwardness considering Rudy Giuliani, the personal lawyer of U.S. President Donald Trump ended up defending the same man, according to a report by NBC news.

Hunter Biden’s work overseas, primarily in the Ukraine and China, has become a subject of the presidential campaign through the efforts of Trump and Giuliani to portray the international dealings as corrupt. It appears the pair were hired by the same client for the same job.

Hunter Biden’s work for Popoviciu in 2016 went unreported, but Joe Biden’s involvement in Romania made the headlines. The vice president was among the leading voices pushing the government to crack down on corruption.

He was hired to help Popoviciu’s appeal, along with former FBI Director Louis Freeh. NBC News says it’s „unclear” just how much work Biden did, and Popoviciu ultimately lost his case.

Popoviciu became the target of a criminal investigation back in 2005 when a complaint was filed against him from the rector of a Romanian University after the sale of a plot of land near Bucharest.

Popoviciu reportedly asked to purchase land for “significantly less money than it was actually worth,” say documents. The plot of land was allegedly owned by the Romanian government.

The real-estate tycoon was hit with a bribery charge and convicted in 2016. He filed an appeal and that was when Hunter Biden was brought in as legal counsel.

Hunter Biden apparently did not help much. The bid to overturn his sentence failed. In August 2017, he was sentenced to seven years in prison.

Police officers showed up at Popoviciu’s home to take him into custody on August 2nd. He had fled the country and was declared a fugitive.

There is no evidence currently that Hunter or Joe Biden acted inappropriately or broke any laws. But government ethics experts say that it raises concerns that Hunter Biden was used as a tool in Popoviciu’s effort to dodge criminal prosecution, NBC reports.

A Biden family friend and former staffer of Joe Biden, Mark Gitenstein, was U.S. ambassador to Romania from August 2009 to December 2012. 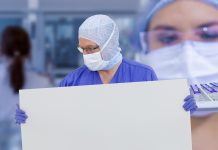