The Floreasca Emergency Hospital in Bucharest has lost its accreditation after a patient died when she suffered serious burns during surgery.

The National Health Management Authority announced Monday that it had taken away the hospital’s accreditation due to irregularities, such as it failed to inform the health ministry of the incident in 24 hours as required by law.

The hospital will remain open but will have to comply with strict regulations.

Health Minister Victor Costache said he learned of the case of the patient who suffered burns during surgery five days after the incident “from third-hand sources.”  He said the ministry received a written report from the hospital a week later.  The unnamed 66-year-old patient died on Sunday.

Police on Monday said they were investigating whether medics were guilty of manslaughter. The woman suffered third degree burns after surgeons used an electrosurgical instrument to stop internal bleeding.

“We hope we can all learn from this troublesome episode, so that in the future we can avoid such a traumatic experience in a Romanian hospital,” Costache said Monday.

Authorities said the accreditation would be suspended for a maximum of six months or until the hospital could demonstrate that it had fixed shortcomings.

The hospital has five working days to submit a plan showing how it intends to resolve the  problems that led to the suspension of its accreditation.

During the suspension period, the hospital has to send in weekly reports showing health authorities what measures it has implemented to fix the problems.

The primary goal of accreditation is to ensure that the hospitals offer access,  efficiency, quality and effectiveness of healthcare. 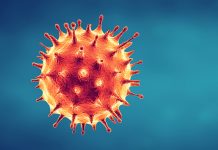