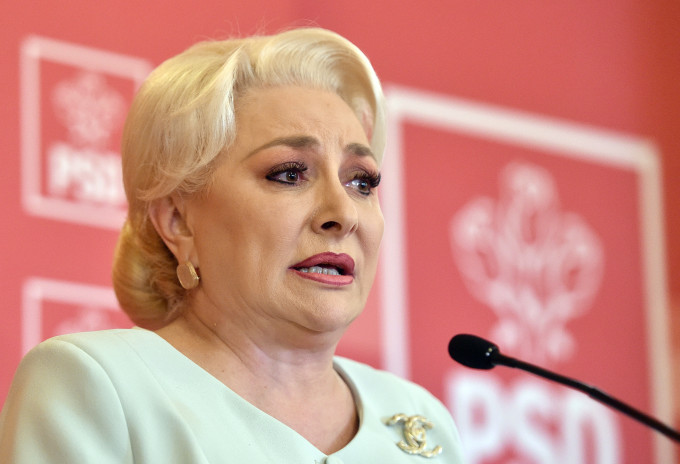 The campaign for Romania’s Nov. 10 presidential election has kicked off with ousted Prime Minister Viorica Dancila fighting not only for her political life, but for the survival of the Social Democratic Party which has dominated the country’s political scene since the 1989 anti-communist revolt.

Dancila’s government collapsed in a no-confidence vote on Thursday, seriously hurting her chances of making it through to an expected runoff against incumbent President Klaus Iohannis.

On Saturday, she urged the party to rally behind her, claiming the Social Democrats were under threat from external actors.

“These forces the Social Democrats are fighting with want to destroy this party,” she told party members in Bucharest. “Don’t for one second doubt the power we have and what we can do together.”

Dancila faces challenges to her leadership after her ouster and the prospect of being the first Social Democrat to be knocked out of the race in the first round since communism ended.

The party won a historic victory in 2016 parliamentary elections with about 45% of the vote, but moves to overhaul the judicial system and oust chief prosecutors and judges saw huge protests and dominated the public agenda since then.

EU and U.S. officials saw the overhaul as a threat to the rule of law and making it harder to pursue high-level corruption cases.

In May 2019, the party scored just 22% in European elections, barely managing to finish second.

The Liberal Party looks set to form the next government, until 2020 elections, if snap elections are not held. Angry over her dismissal which came after she lost her majority when junior partner The Alliance of Liberals and Democrats quit the ruling coalition, Dancila blasted lawmakers from opposing parties who united to dismiss her government as “a gang of amateurs hungry for power who don’t know what to do.”

There are 14 candidates in the presidential race including an actor turned politician, a businessman and the uncle of a 15-year-old Romanian girl whose abduction and murder and apparent mishandling of the investigation shocked Romania and saw protests around the country.

The favorite is Iohannis, with Dan Barna, of the Save Romania Union, also a front runner.

If Dancila was angry, other candidates got off to a quieter start. Barna told an audience in the city of Pitesti that his priorities were “education, reforming the health system and investment in infrastructure to connect Romania’s regions through highways.”

The party wants constitutional reform to restore power to the president, which was stripped away by the Social Democrats who considered Iohannis stood in the way of their contentious judicial.

Iohannis whose campaign message is to make Romania “normal” urged people to turn out and vote.

“The real change in Romania comes through our vote , that of all Romanians who believe in democracy, freedom, the rule of law, pro-European values, modernization and normality.”