A retired Romanian police officer who is suspected of fraudulently handing out traffic fines was in line for a diploma recognizing his work in the police force.

But former colleagues were forced to scrap the award after it emerged that he had been arrested for fraudulently posing as a police officer.

The unnamed police officer had worked in the immigration office up to his retirement.

The diploma described him as “a professional who helped further the institution’s values.”

However, learning that he had been arrested and was facing charges, journalists approached the General Immigration Inspectorate for an official position.  They were told that the award had subsequently been withdrawn, Digi24 reported Thursday.

Prosecutors say he and another colleague kept their old uniforms even after they retired, as well as their interior ministry credentials.

They posed as police officers and fined dozens of motorists. Prosecutors said they illegally took 20,000 euros in fines.

Police caught them two months ago red-handed as they fining drivers. They were taken for questioning and arrested.

One of the retired officers worked at the immigration department. Certificates of merit were given to all staff who had worked there in the last year.

However, the retired police officer didn’t actually receive his certificate as he was in custody.

When his superiors realized their mistake, they canceled the diploma. 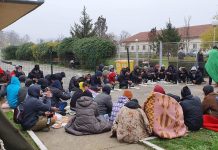 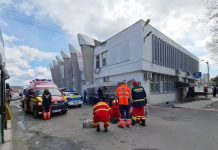