Romania on Thursday reported the highest number of new coronavirus cases in more than two weeks, as the total number of infections climbed toward 100,000.

The Strategic Communication Group said 47 patients with the virus_ 25 men and 22 women_ had died in the past 24 hours.

There were 1,380 new cases, the largest daily figure since August 27 when Romania recorded an all-time high of 1,504 infections.

There are currently 459 Covid-19 patients in intensive care, the same number as Wednesday. Romania has seen a decrease in coronavirus patients needing intensive care treatment in the fortnight.

Authorities tested 25,185 people Wednesday through to Thursday of which 5.48 % came out positive, a similar rate to previous days.

Bucharest reported 201 new cases, more than any other place and there were 82 new infections in the Bacau region in eastern Romania, and 69 cases in Timis county in the southwest.

Most cases were in the city of Timisoara, and were caught by ‘community spread,’ meaning people were infected with the virus in the city, including some who are not sure how or where they became infected.

Authorities in Bacau county ordered restaurants with indoor seating to shut in Bacau and other towns after a rise in cases in the past week.

Romania reopened restaurants and theaters on Sept. 1 after they were shut down in March during a state of emergency.

More than 41,000 patients have recovered from the virus since it reached Romania in late February.

There are 10,400 infected people self-isolating at home and about 6,000 who are institutionalized isolation.

Some 35,500 are quarantining at home after they came in contact with people carrying the Covid-19 virus. 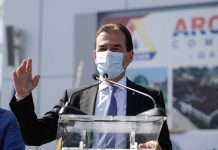 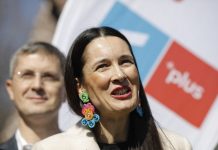