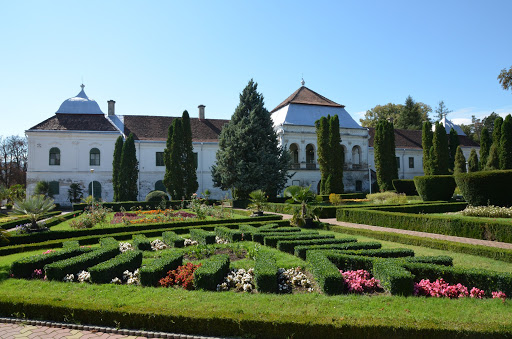 Romanian authorities are challenging the sale of the 18th century Wesselényi Castle, considered the largest Baroque ensemble in Transylvania, to a company which then sold it to the Hungarian government.

The president of the Sălaj County Council, Dinu Iancu-Sălăjanu, says the sale was illegal as the state had the right of preemption in the case of the castle which is considered national heritage.

The right of preemption in this case means that the state has the right to be offered a property first, if the owner decides to sell it.

The 18th-century castle in northwest Romania was confiscated by the communists and returned to the descendants of its former owners in 2012. They later put on the market as the owner realized he could not afford its upkeep.

A business consulting company Micro Vision Consult SRL from Cluj bought the castle in April and sold it shortly afterwards.

Manevi Zrt has already purchased two more historical monuments: the Pannonia Hotel in Satu Mare and a building in Carei, which until 2014 hosted the city hall.

„We consider to be the former owner, who alienated the property did not respect the legal procedures,” said Dinu Iancu-Sălăjanu. We will attack the sale contract in cour.,” he told News.ro on Friday.

He said the county council had allocated 4 million euros for the castle, much more than it reportedly sold for.

Mr Iancu-Salajanu said he had written to the former owner, expressing his intention to buy the castle. “We also asked for documents to be sent to us so that we could be informed about the condition of the castle and all that the heritage there.” “I also sent a letter in which I  expressed the right of preemption as president of the County Council.”

It was returned to the descendants of its former owners in 2012. During communism it served as a school. The 2,200-meter castle was built in  Baroque style and has a garden of 1.3 hectares.

The imposing Baroque palace also has riding stables, a crypt, a greenhouse and a  barn.