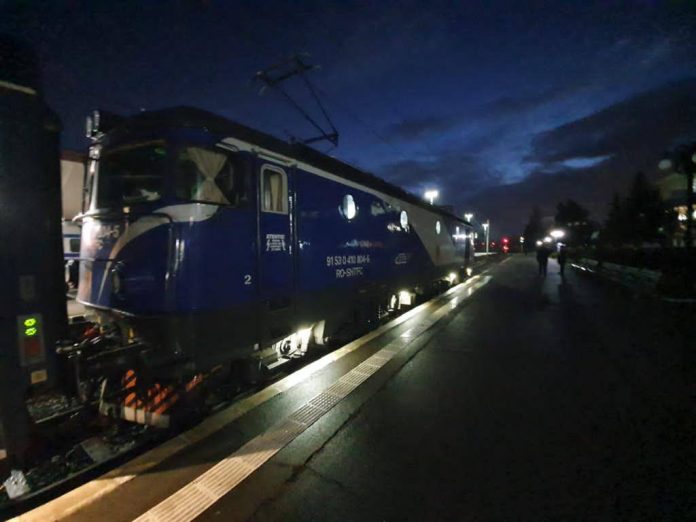 Romania’s trains can be notoriously slow and sometimes even lack basic facilities,  so the announcement of a new speedy and comfortable service  from the Transylvanian mountains via the capital to the Black Sea is good news for train lovers and travelers alike.

The new train named the “Tomis Expres” goes from Brasov to Bucharest and then on to Constanta, a journey of 390 kilometers, in a little over four hours, the Romanian railways, CFR Calatori said in a statement.

It has comfortable seats and a restaurant car. A one-way ticket costs about 100 lei (22 euros).

Not only is the ticket price reasonable, but there are significant time savings. A regular train for the same route takes about six hours.

“Today, the Tomis Expres train covered the distance of 391 km between Brasov-Bucharest-Constanta in 4 hours and 10 minutes, an absolute record in terms of travel time on this route,” the ministry said.

The first segment of the journey on the Tomis Expres from the Brasov in central Romania to Bucharest takes 2 hours, seven minutes with just one brief stop in the mountain resort of Predeal, a popular destination with tourists.

That’s a huge improvement over a regular train which can take 3 hours 50 minutes from Brasov in Transylvanian mountains to the capital.

Even the fastest train, an Inter Regio, takes about 2 hours and 40 minutes for the same journey.

The train started running on Sunday and targets tourists and business travelers in the three cities.

The drive between Brasov and Bucharest is often traffic-logged traffic and it can take six hours on a busy day.

Winter finally arrives in Romania. Mercury will plunge to  -18 Celsius in some places....