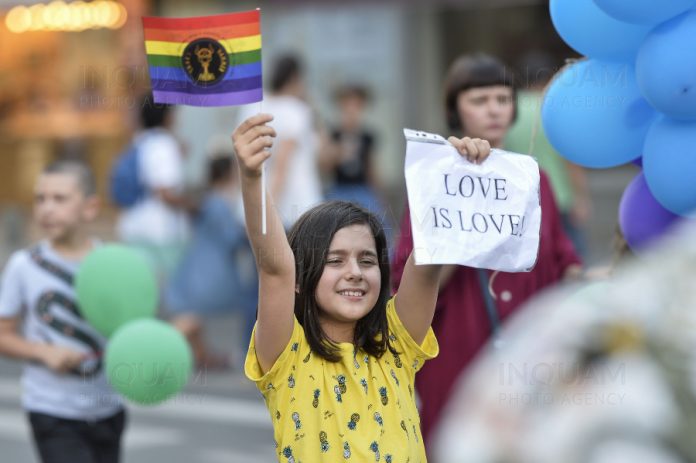 Romania is still one of the most hostile countries toward gays and transgender people in the European Union, the results of a study for the bloc’s Agency for Fundamental Rights showed.

An online survey which drew on 140,000 responses from across 30 countries , the 28 EU member states and Britain, Serbia and North Macedonia was published Thursday.

The results from the survey present the largest international LGBTI (lesbians, gay, bisexuals, transgender and intersex) survey of its kind.

In Romania, in terms of openness about being LGBTI, 81% avoid often or always holding hands with their same-sex partner, compared to the overall figure in the EU of 61%.

Some 43% in Romania say they were harassed the year before the survey, above the EU-28 rate of 38%.

One in five 5 trans and intersex people were physically or sexually attacked in the five years before the survey, double that of other LGBTI groups.

Some 15% in Romania had been attacked in the 5 years before the survey, more than the EU-28 average of 11%.

In Romania, 44% avoid often or always certain locations for fear of being assaulted, compared to the EU average of 33%.

Just one-fourth of gay people are often or always open about being LGBT in Romania, half the level of the EU.

Some 23% felt discriminated against at work in the year before the survey in Romania only slightly higher than in the EU, where it’s 21%.

Discrimination covers many areas, such as going to a cafe, restaurant, hospital or to a shop. Last year, 45% felt discriminated against in at least one area of life in the year before the survey in Romania, slightly above the EU-28 figure of 42%.

Reporting of hate-motivated violence and discrimination “After a burglary in (my) house, I felt that the police did not take the case seriously, due to my sexual orientation,” an unnamed 27-year-old gay man in Romania was quoted as saying.

Just 4% went to the police in Romania to report physical or sexual attacks, while in the EU it is 14%/

„In spite of a high risk of harassment, violence and discrimination, LGBTI people in Romania are optimistic and belive in change,” said Accept, a non-governmental organization that advocates for the rights of gay, lesbian, bisexual, and transgender (LGBT) people in Romania.

In Romania 12% believe their national government effectively combats prejudice and intolerance against LGBTI people, while a third of EU citizens believe this is the case.

Some 51% of LGBTI students (15-17 years old) in Romania say that in school someone often or always supported, defended or protected their rights as an LGBTI person, higher than the 48% in the EU-28.

Some 52% of LGBTI teenager respondents (15-17 years old) in Romania say their peers or teachers have often or always supported LGBTI people, below the  60% in the EU.

But only 12% of LGBTI of teenager respondents (15-17 years old) in Romania say their school education at some point addressed LGBTI issues positively or in a balanced way, compared to 33% in the EU.

The study was completed by 3,214 LGBTI people in Romania.