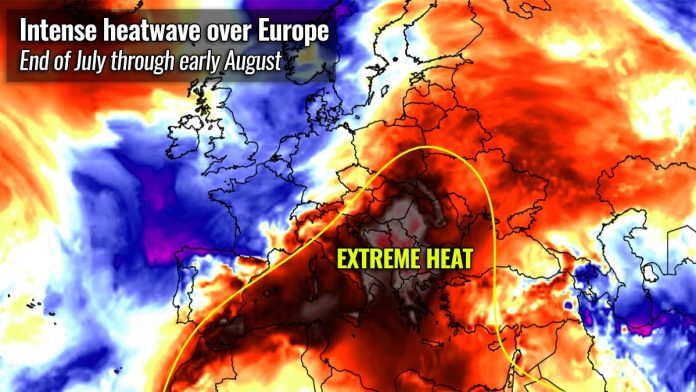 Temperatures climbed to 41C on Monday in the Romanian capital, making it the hottest day of the year so far.

The extreme heatwave began in July and has intensified into early August with  temperatures even higher in southern Europe.

Bucharest, in southeast Romania, recorded a high of 41C on Monday, with similar scorching weather in other regions.

The hot dry weather is expected to continue this week, although highs will dip to the 30s.

Elena Mateescu told Libertatea that temperatures around 38C on August 1 had set new record highs in several places across Romania.

The current heatwave s underway across southeastern Europe is the most intense of the year. Blistering heat was recorded from south Italy across Greece to western Turkey over the last few days.

Romanians holidaying in Greece, Spain and Italy  had extreme weather up to 47C.

The current heatwave is expected to intensify even more and may challenge the European highest temperature ever recorded. Peaks of around 47C are expected on Monday or Tuesday.

Wildfires have developed over Turkey, parts of Greece and Sicily.

Through the end of July, a textbook weather pattern has been established over Europe. A strong blocking upper ridge is resulting in extremely high temperatures across parts of the Mediterranean and the Balkan peninsula.

A heat dome is a term that is used when an area of high-pressure parks over a large portion of the continent and stays there for days or even weeks.

It works like a lid on a pot, trapping a very warm/hot air mass underneath. This feature is often blamed to be responsible for deadly heatwaves around the world.