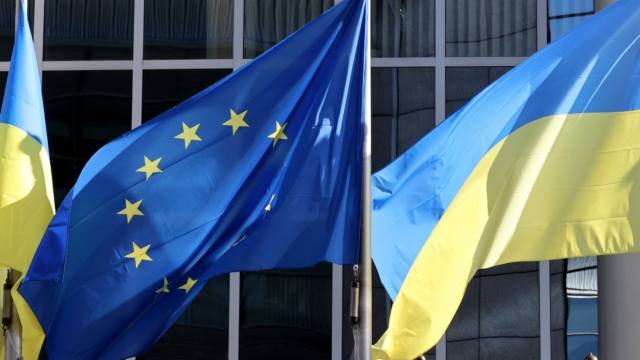 In a virtual speech delivered at the second Summit of the Crimean Platform on Tuesday, Romanian Prime Minister Nicolae Ciuca stated that the international democratic community should stand firmly united in supporting Ukraine’s independence, sovereignty and territorial integrity within its internationally recognized borders, as the illegal and brutal war waged by Russia continues.

„During the past six months, the Russian aggression against Ukraine has created the gravest security and humanitarian crisis on the European continent since the end of WWII, with extremely serious consequences worldwide. With this illegal and brutal war, Russia showed the world that it is a state that does not shy away from blatant aggression, from breaking international law, including the international humanitarian law; that it is a state that openly pursues a policy of spheres of influence. Few of us thought this still could have been possible in the 21st century, although we witnessed the 2008 war in Georgia, and the 2014 illegal annexation of Crimea. As this illegal war continues, we should stand firmly united in support of Ukraine’s independence, sovereignty and territorial integrity within its internationally recognised borders. We should make clear, time and time again, that Ukraine – as well as all the other countries, including in the Eastern Neighbourhood – have the legitimate and sovereign right to pursue their own security and foreign policy arrangements, based on their own legitimate choices, free of any outside interference”, said Ciuca.

The Romanian prime minister emphasized that the unity and solidarity of the international democratic community as a whole in providing support to Ukraine remains their strongest asset.

„Our unity and solidarity in providing concrete, multidimensional support to the heroic struggle of the Ukrainian people has been and remains our strongest asset. Russia failed to take into account this strong and clear response of the international democratic community as a whole, as it failed to recognise the determination of the Ukrainian people to defend their freedom. We should continue to strengthen our collective stance and redouble our joint efforts in support of Ukraine”, said Ciuca.

He underscored that Romania’s support for Ukraine continues to be manifold and advancing on several tracks – political, economic, financial, humanitarian, diplomatic, and in the field of international law.

„As an EU member state and NATO ally with the longest land border with Ukraine, Romania and the Romanian people have done their utmost to help Ukraine and the more then 2 million refugees that sought shelter from the war. Our support to Ukraine continues to be manifold and advancing on several tracks – political, economic, financial, humanitarian, diplomatic, and in the field of international law in order to ensure accountability and fighting impunity”, added Ciuca.

He also stated that „since the summit last year, the situation in the illegally annexed Crimea has become much worse.”

„The repressive measures against Ukrainians, including Crimean Tatars, and the gross violations of their human rights have intensified; the aggressive imposition of education in Russian, and of Russian curricula has continued unabated; the Peninsula is heavily militarised and has been used as a launching pad for the military invasion of Ukraine’s southern regions, and for launching missile strikes at civilians and civilian infrastructure in the rest of Ukraine. An ever more worrying trend has emerged: using Crimea as a textbook case for forcibly and illegally integrating occupied Ukrainian territories into Russian control”, said Ciuca.

The Romanian prime minister also reiterated the need for firm support for Ukraine in order to resist and repel Russian aggression.

„The past has taught us over and over again that failing to firmly stand up for the rules-based international order carries a heavy price: eighty-three years ago to the day, on 23 August 1939, the Ribbentrop-Molotov Pact was the final preparatory step to unleashing the gravest catastrophe the humankind has known. Ukraine is fighting today not only to defend itself and its people, its territorial integrity and sovereignty, its freedom and legitimate right to join the European family, but also our shared values and principles that form the cornerstone of our way of life. We are duty-bound to support Ukraine with everything is in our power to resist and repel the aggression. We have to firmly stand with Ukraine. You may count on Romania! Ukraine must win!”, said Ciuca.

He concluded his speech with a congratulatory message to Ukraine on Day of Ukraine’s National Flag and Ukraine’s Independence Day. 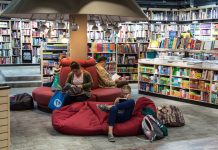 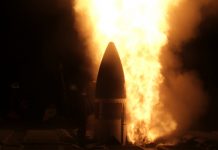 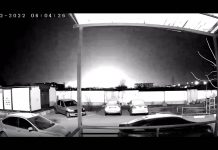